It has gone unnoticed, but accepting a genuine libertarian who disregards party loyalists is actually a really bad move for UKIP 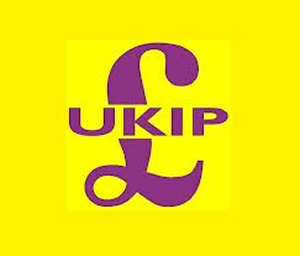 It has gone unnoticed, but accepting a genuine libertarian who disregards party loyalists is actually a really bad move for UKIP

Douglas Carswell … is a really bright and serious man (with reactionary politics). If I was a Tory, I’d be scared.

He’s absolutely right to say this, but I’ll go one further: if I was a Ukipper I’d be quite scared as well.

For David Cameron this means one less Eurosceptic. I’m downplaying it a bit, sure; Cameron will be worried that a very intellectual, and rather influential member of his party has gone, which makes Cameron look silly, and has gone to a party that has for some time been tearing chunks out of the Conservatives.

But David Cameron doesn’t really want out of Europe, and Carswell was one of the strongest and most often heard Eurosceptic voices in his party. Cameron might have a fight from his own backbenchers about Europe now, but – and I say this as critic and foe of his and his government – Cameron often comes out on top of his internal fights. He may well show some muscle again on this.

For Ukip however, Carswell crossing the fence means that libertarianism is now back in vogue for their party. Just looking at Carswell’s resignation letter, it is populated with positive references to immigration for example:

“On the subject of immigration, let me make it absolutely clear; I’m not against immigration. The one thing more ugly that [sic] nativism is angry nativism.”

No scare stories about Romanians and Bulgarians here.

For him, libertarianism has become a more widely accepted political discourse in recent years, and through his recent political manoeuvre, UKIP will probably find cause to champion such principles louder than ever before.

But is that what UKIP’s support wants? Hasn’t UKIP made the waves it has in Westminster and beyond in recent times for blowing on the dogwhistle louder than David Cameron’s Conservative party ever could? Of course the latter is the party of the “Go Home!” vans, but UKIP has been pretty well stacked with members who have less than libertarian views on immigration.

If it weren’t for Cameron’s inability to control his right flank at the same time as moving the Conservative party closer to social liberalism, then UKIP wouldn’t have happened.

And besides, UKIP always waves the banner of libertarianism precisely because it adds meaningless difference: when Farage says his party is libertarian, what does he mean past believing in free trade (does any party of the mainstream oppose free trade)?

In 2006 UKIP’s then chairman David Campbell Bannerman was given the task of leading a policy review, while party activists at the time were pursuing what they called a ‘radical libertarian alternative’ to the ‘social democratic consensus’ in Westminster.

But while pursuing ‘radical libertarianism’, the party’s What We Stand For web page included things such as repealing the Human Rights Act because it was abused by illegal immigrants, permanent immigration should be frozen, restoring “traditional values” which had been “undermined”, getting rid of multiculturalism etc etc.

The page is no longer there but it was right up until at least 2012 when Alex Massie, a real libertarian, wrote about it. The point is the Conservatives had opened up a space in the political market for back-to-basics conservatism based on fear of the other, and UKIP entered that space for years.

Clearly their success has not hitherto been on the back of ‘radical libertarianism’, but gaining a new star libertarian player from the Tories in Carswell may just change this altogether; a real risk for the unity of the party.

Another reason Ukippers should be worried is for their internal party democracy. Exactly 10 years ago Richard Suchorzewski defected from the Tories to UKIP and right away advocated for greater internal democracy. But UKIP knows no such thing.

More broadly Nigel Farage said earlier this year: “[UKIP] is pushing for a system of “direct democracy”.” Well not in Clacton it isn’t, and nor do I imagine Carswell will be following in the footsteps of Suchorzewski calling for internal reform.

Instead Carswell has a pretty strong chance of delivering UKIP their first seat in parliament. This hasn’t made Roger Lord, the prospective UKIP candidate in Clacton, very happy. Since Lord is not the candidate to stand in a by-election, which Carswell’s standing down has caused, it has made it possible within UKIP’s own rules for Carswell to be the prospective candidate for UKIP.

Direct democracy? I think not.

I rather think Roger Lord has a point about Carswell’s “bad manners”; this is a case in point of that certainly. And if that is how UKIP roles then they can kiss goodbye to the manners brigade.

UKIP are taking quite a risk for this seat in Westminster. Carswell will become a big name for UKIP quite quickly, really he already is. He’s clever enough to do it anyway, but bringing home membership into the political big boys club for UKIP will make that solid. His libertarianism will not go unnoticed in the meantime.

Nor will UKIP’s disloyalty to the old guard, such as Roger Lord. Who wants to join a political party that jumps for the big names but shits on the long standing members? You may as well join the Tory party.