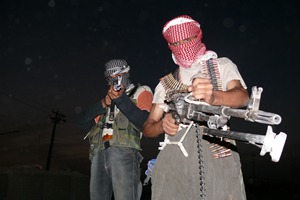 Too many young Muslims are going abroad to fight with ISIS – but we should talk about this without posturing or point-scoring.

“One would be forgiven for thinking there is an exodus of British Muslims going to fight in the Middle East. This is far from reality. The government puts the number at about 500 – that constitutes less than 0.02% of the 2.7 million Muslims in this country.”

Copying him to the word, Medhi Hasan of the Huffington Post, wrote last week:

“As many as 500 British Muslims are believed to have gone to fight for ISIS, which is 500 too many, but less than 0.02 per cent of the UK’s 2.7 million Muslims. A recent YouGov poll found that Muslims as a group are more patriotic Britons than Scots.”

The problem with such reassuring messages is that this 0.02% statistic includes in its 2.7m base figure many Muslims who are highly unlikely to sign up ISIS’s violent, sectarian and misogynist jihad; namely the very young, the old, women and Shias as well as other minority sects such as the Ahmedis. Surely more meaningful would be the proportion of young Sunni Muslim British men who were fighting in the conflict?

To get a better picture, I crunched some numbers from the 2011 census, which put the total number of Muslim men aged 18-34 (and therefore of approximately fighting age) in England and Wales as 451,150. Removing non-Sunni minorities (assuming 10% of the UK Muslim population) from this figure produces a figure of 406,035 British Sunni Muslim men in this age range.

Put against the estimated 500 British foreign fighters, this suggests that 1 in every 812 British Muslim Sunni aged 18-34 is presently fighting in Iraq/Syria (the inclusion of Scottish and Northern Irish Muslims wouldn’t materially affect the results). In percentage terms, this is 0.123%; higher than Hasan and Naqshabandi’s estimate by a factor of six. The statistics I have relied on do not include those that have been accused of either funding, promoting or actively trying to join ISIS.

Depending on one’s opinion of British Muslims, this proportion of militants could be seen as either comfortingly low or surprisingly high.

However, what should be beyond dispute is that this is a remarkably large number of people (in real and percentage terms) who have turned their backs on the all comforts of modern civilisation, their families, jobs, careers and educations to fight, unpaid and often unheralded, in a bloody foreign war.

Equally noteworthy is that these men (and they are nearly all men) have overwhelmingly joined ISIS, a group of neo-medieval religious fascists that openly revel in committing horrendous war-crimes. These include the routine execution of prisoners of war, the enslavement and rape of female captives, and the attempted genocide of religious minorities.

Perhaps most disturbing of all, however, is that for every British Sunni Muslim who has actively joined ISIS’s jihad, there are surely dozens or more who support the group’s aims and activities but who have not been able to summon up the funds, time, or courage to give up everything and travel to the battlefields of Syria and Iraq – as well as women who support them but feel unable to fight themselves.

ISIS recruitment is not the only issue either, there is al-Shabab in Somalia, al-Qaeda in the Arabian Peninsula (AQAP), al-Qaeda in the Islamic Maghrib (AQIM) and a whole plethora of jihadist groups in Pakistan and Afghanistan. Jihadism has gone truly global in recent years and British Muslims have joined up with a whole variety of jihadist factions around the world. As such, we need to get accustomed to the fact that we will spend the rest of our lives dealing with and worrying about this menace whilst trying to convince others to take the threat seriously and not bury their heads in the sand.

These simple facts demand not posturing and point-scoring either from prominent Muslims like Mehdi Hasan or from ‘neo-conservative’ commentators more critical of Islam. More fitting would be a sombre reflection by both Muslim and non-Muslim Brits that this figure is far too high and that it reflects that something has gone badly, perhaps fundamentally, wrong in many of Britain’s Sunni Muslim communities, as well as in wider society at large. If we are going to collectively resolve the problem of militancy, jointly recognising the true extent of this problem is a necessary first step.

James Brandon is an Associate Fellow at the International Centre for the Study of Radicalisation and Political Violence (ICSR). He was formerly the Director of Research at Quilliam, the counter-extremism think tank. You can follow him on Twitter – @thejamesbrandon