Tell MAMA's Fiyaz Mughal gives the lowdown on the state of anti-Muslim bigotry in the UK. 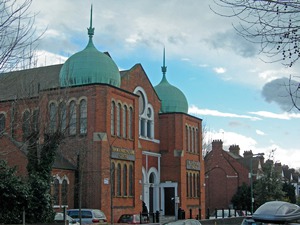 There has been much debate recently on the accuracy of hate crime recording and that’s an important debate to have.

Yet no matter on which side of the fence you stand, I would suggest it evident that something happened to hate crime figures immediately after the murder of Lee Rigby last year.

That something is many more recorded attacks against Muslims, and many investigated reports of Islamophobic hate crimes.

The facts stand out regarding the number of mosque attacks that took place after the murder of Lee Rigby, with over 30 mosques suffering attacks from graffiti through to nail bombs that failed to go off in the West Midlands in mid-2013 – placed by the Ukrainian neo-Nazi, Pavlo Lapshyn. A timeline of these mosque attacks can be found here.

Information from a Freedom of Information request made to access police data indicates that there was a 458 per cent increase in Islamophobic hate crimes in the two weeks after the murder of Lee Rigby compared to the previous year. This of course is amongst those forces that record such hate crime – many don’t have an ‘Islamophobic’ or ‘anti-Muslim’ hate crime category – an issue in itself.

In London, the MPS also confirmed an increase to 113 cases in May and June 2013, compared to 22 in April of the same year.

And while a recent independent report notes that Tell MAMA (Measuring Anti-Muslim Attacks) has made successful efforts to further improve anti-Muslim hate crime reporting standards, detractors, who simply choose to disregard or digest the facts, continue to spin the nonsensical narrative that Islam is not a race and that nobody can be prejudicial to Islam – despite the fact that our work directly deals with anti-Muslim prejudice and hate and bigotry aimed at individuals and faith institutions, like mosques.

Furthermore, our reports over the last two years, which can be found here and here, highlight the volume of anti-Muslim hate online which percolates on a daily basis; and our work separates and looks at the on-line and off-line world of anti-Muslim hate through incidents reported in.

If such critics still believe in the face of evidence – whether that evidence is official Police data or the data collected by Tell MAMA – that such hate crime is an overblown figment of the imagination then, unfortunately, there is a limit to how effective such debates could be. You may even be forgiven for thinking that there are some out there who are seeking to silence such discussions.

Yet, just as data is important to wrestle over, it’s also important to move the discussion forwards. Hate crime is more than just numbers, both for the victims and for the perpetrators. Being attacked by another, solely on the basis of who you are, is a deeply traumatic experience and in many cases can lead to a torturous sense of self-doubt and even to feelings of guilt within the victim.

Research on the impacts of LGBT hate crimes on victims have found that such trauma does not only stay with the victim long after the event, but that it ripples out across peer groups. When looking at the impacts of anti-Muslim hate crime on women, a similar psychological impact is found.

None of this should be surprising as we are talking of real people with real, legitimate, emotional responses.

Anti-Muslim hate crime is also about symbolism. The desecration of any place of worship is inexcusable in itself, yet an attack on a mosque is more than the razing of a building or the breaking of glass, it’s a way of passing on a troubling message to an entire community. It’s an attacker’s way of making sure that community understands that it is not welcome, it’s also a way of leaving a lasting concern amongst members of that community that any one of them could be next.

So to try to exclaim ‘It’s only a mosque’ or to suggest, as some do, that the fear that such individuals experience when they or a member of their community is attacked may simply be a symptom of some global culture of victimhood, or anything less than as real and understandable, is to do an immense disservice. I’d suggest that being scared when you, your friend or even your place of worship is attacked is more than a reasonable response.

Those who have been following the debates may be aware that another common line of argument made by some of the most vocal critics seeking to deny that anti-Muslim hate crime is a real problem worth fighting centres on the level of online anti-Muslim hate that is reported to us.

Online hate is a new field and it’s a difficult one to navigate, but it is safe to say that online hate is often more than trolling.

It’s the stalking and sexually harassing of a 15 year old girl over the course of several weeks. It’s the public declaration of an intention, a method and timing to burn down a mosque as well as the posting of posts a woman’s personal address and making public invitations to ‘kick [her husband’s] ****ing head in’.

These are just some of the deeply troubling reports that are reported to us.

Of course, to those who believe the Twittersphere is a meaningless illusion, then these examples might not mean much, but Tell MAMA’s service users do find them relevant enough and traumatic enough to report in. It’s therefore the duty of all of us to recognise and acknowledge this trauma and to work – together – to end it.

The report is based on data published by Teeside University’s Centre of Fascist, Anti-fascist and Post-Fascist studies which analysed 734 cases of anti-Muslim hate crime between May 1, 2013, and February 28, 2014. Of those, 599 incidents took place online and 135 took place on the street