Public services like education and health should be entirely excluded from any trade deal with the US. 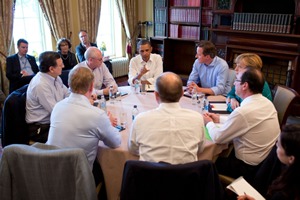 Today members of the University and College Union (UCU) are taking part in a national day of action against a proposed EU-US trade deal which has the potential to irreversibly change the shape of our public services, including health and education.

The #noTTIP campaign highlights the dangers posed to public services by the Transatlantic Trade and Investment Partnership (TTIP). Currently being negotiated behind closed doors in Brussels, the deal ostensibly aims to improve trade relations across the Atlantic by removing tariffs and regulatory differences.

Worryingly, though, it includes measures which could limit the power of national governments to protect public services, workers’ rights and the environment.

UCU is primarily concerned with the effect that such a deal would have on the post-school education sector. Education has a vital role at the centre of a successful economy and society, and as such is an important public service. We believe that the proposed deal would leave college and university education open to greater privatisation, as well as limiting the government’s ability to regulate foreign companies working in our public services.

One of the main reasons for this fear is the inclusion of an ‘investor-state dispute settlement (ISDS)’ clause in current proposals. This would grant corporations the power to sue national governments via special private panels if they believe that their business is threatened by national legislation- even if that legislation is in the public interest.

The ISDS has been justified as a safety net for potential investors, and those negotiating the deal are quick to point out that it will hardly ever be used.

This begs the question, why include it at all?

A recent LSE report commissioned by the Department of Business Innovation and Skills concluded that, looking at existing patterns of US-UK trade, there was ‘little reason to think that an EU-US investment chapter will provide the UK with significant economic benefits’. Indeed, many other countries (e.g. South Africa, Australia) are choosing to exclude such clauses from their trade agreements.

More broadly, UCU believes that public services like education and health should be entirely excluded from any trade deal with the US. It is absolutely crucial that services which serve a core purpose in society remain under the control of elected governments rather than at the whim of profit-focussed corporations.

A leaked letter from the EU’s chief negotiator, Ignacio Garcia Bercero, published in the Financial Times on Friday 11 July, sought to privately reassure UK parliamentarians that the NHS would be protected from the ISDS mechanisms in the deal.  The letter stated that there is ‘no reason to fear either for the NHS as it stands today, or for changes to the NHS in future, as a result of TTIP’.

Without clear access to the EU negotiating text on ISDS, health campaigners continue to remain sceptical about such assurances.

Moreover, no such private assurances have been forthcoming for other public services like education, despite repeated calls for all public services to be excluded and a ‘positive list’ model to be adopted which details specifically which sectors would be included in the deal.

Another major issue is the lack of transparency with which this deal is being negotiated. The talks are taking place in private, with notes of meetings only being released to politicians after each round of negotiations. This affords little opportunity for meaningful input from sources outside the negotiating chamber (although corporations appear to have more privileged access).

UCU is not alone in its fears about TTIP. Concerns about the democratic deficit, privatisation and deregulation have caused more and more trade unions to come out against TTIP in recent months.

The day of action provides another opportunity for those concerns to be voiced, and to call for a serious rethink on this potentially disastrous deal.

Sally Hunt is general secretary of the University and College Union

2 Responses to “TTIP: exposing the hidden threat to our public services”