The DWP isn't just off the rails but careering down the embankment. 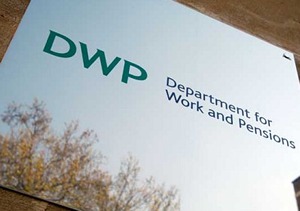 Government auditors are like the best headteachers. They don’t need to raise their voices for their message to be heard and understood.

And so it is today with the latest National Audit Office report into Iain Duncan Smith’s work programme. The report states it is possible this flagship scheme might eventually provide value for money.

The problem is, the auditors note, three years in to the programme it is still underperforming, failing the very people it was set up to help and rewarding some very profitable private companies for these failures. It is worth repeating, it has been three years almost to the day since it was launched – surely it should be working by now.

So what does the report say? Well, for the most recent cohort to complete the programme, ‘job outcomes’ – I assume they don’t just call them jobs because it doesn’t have to mean long term, sustainable employment – are not just below the government’s original forecasts or what the providers anticipated when they bid for the contracts, but still below the minimum performance levels expected. Three years in.

If you are sick or disabled the picture is even worse. Performance levels for people entitled to Employment and Support Allowance are appalling but that is not all. One of the most shocking revelations in this quietly damning report is that prime contractors – those that won the contracts and are either running schemes or sub-contracting them to others – have “reduced what they plan to spend on the hardest to help”.

Providers told the NAO they now plan to spend 54 per cent less than they originally budgeted for on helping the most vulnerable people.

This is exactly what we said would happen under a wholly privatised, payment by results, system.

And not only is this direct evidence that providers are cherrypicking the easiest to reach cases and neglecting the most vulnerable, the NAO says the Department for Work and Pensions has “limited ability to identify issues such as parking of harder-to-help participants”.

This renders ministers all but powerless to intervene in their flagship back to work scheme when it turns out the scheme is failing to achieve its objectives.

This is the market at work. This is why the profit motive has no place in our public services, particularly those public services where provision that does not discriminate or exclude is essential to ensure the most vulnerable people get the help they need.

There are ideologues who will say, “Yes, but if the companies fail they won’t be paid”. Wrong. The NAO says contractors fear for the viability of the work programme but say they still expect to make a profit from it.

The DWP “may be paying contractors for performance they are not actually achieving”, the auditors report, and this year an estimated £31 million could be paid to providers when on “an accurate measure of performance” they would only be entitled to £6 million.

This is an absolute scandal and, set alongside the catastrophe that is universal credit and the backlog in claims for the new personal independence payment, is indicative of a department that is not just off the rails, but careering down the embankment.

It is not the job of the NAO to scream and shout. But the rest of us can and should make as much noise as possible about how Duncan Smith and his ministers are cheerfully implementing policies that punish the most vulnerable in our society.

These kind of audits are important because they make the case for us that this work should be brought back in-house to be done by experienced jobcentre staff who will treat the unemployed, sick and disabled with the respect they deserve, and as people to be helped, rather than as cheques to be cashed.

Mark Serwotka is general secretary of the PCS union