The Tory donor has his own academy chain and a financial interest in selling technology to schools: what could possibly go wrong? 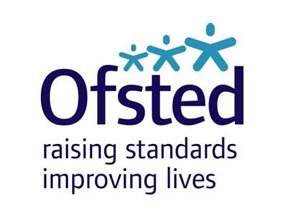 The Tory donor has his own academy chain and a financial interest in selling technology to schools: what could possibly go wrong?

Last week, the Independent reported that David Ross, co-founder of Carphone Warehouse, is in the running to become the next chair of Ofsted. This is a man who has never been a teacher, has never led a school and has no experience of carrying out school inspections.

He has, however, donated hundreds of thousands to the Conservative Party.

He also, via The David Ross Education Trust, runs a chain of 25 academy schools and is applying to open two new free schools. Eleven of these schools have been inspected since coming under his trust’s control and they haven’t done so well: four were deemed to require improvement and only two have improved, so we can see why he might like to have some influence over the body that delivers these judgements.

You might think that even Michael Gove wouldn’t make such an outrageously partisan and inappropriate appointment, but he has form. The current education minister with responsibility for the academies programme is unelected venture capitalist John Nash. Like David Ross, Nash has given significant sums to the Tory Party. He also runs his own academy sponsor, Future.

In 2013, Nash was given a peerage and then made parliamentary under secretary of state for schools.

Numerous conflicts of interest would arise if Ross were appointed chair of Ofsted. The first is obvious: Ross would chair the body which would inspect the schools in his own academy chain. But there is another, arguably more worrying, potential conflict and that relates to the increased use of new media and technology in schools.

A big issue for the teaching profession at the moment is how to use new technology, such as tablets, in the classroom. These can be put to very good and very bad use, as well as everything in between, not least because this is a new challenge for everyone with no body of established good practice. Part of the role of an Ofsted inspector is to judge teaching methods – this will increasingly involve assessing the use of technology in schools.

So what has all this to do with David Ross? Ross is still a major shareholder in Carphone Warehouse, owning almost 10% of the company. Carphone Warehouse is a supplier of tablets and recently commissioned ‘research’ into the use of tablets in teaching; this concluded that “tablets brought numerous benefits to the classroom.”

The scheme, which is currently a ‘not-for profit’ initiative led by Carphone Warehouse, involves the rolling out of tablets to schools to enable 1:1 tablet learning. As the company’s website says in its corporate responsibility section:

“Our mission is to transform the way children learn by providing evidence of the impact of Tablets on learning and sharing best practice. Introducing Tablets into a school, can be a minefield in terms of knowing what Wifi, financing, and insurance to adopt and selecting suitable content, before schools even start to think about how teaching and learning might change.”

So Carphone Warehouse has kindly offered to work with DfE officials in providing thousands of Google Nexus 7 devices – kindly donated by Google (all this corporate kindness!) – to schools in a pilot scheme with the aim of then rolling it out nationally. The point of the scheme, says Carphone Warehouse, is to:

“inspire schools, teachers and parents and provide a blueprint for them to adopt tablet technology; to help them change the way they teach and significantly improve children’s engagement and attainment.”

Purely coincidentally, this will provide Carphone Warehouse with a significant commercial advantage if and when tablets become a normal part of teaching. The Tablets for School programme has given the company a foothold in the education market as schools will now become familiar with Carphone Warehouse’s products and service.

The Tablets for Schools website provides a summary of the areas in which the programme can provide advice and support: choosing and financing a tablet, technical support, internet connectivity and pedagogy to name just a few.

Helpfully, under the financing a tablet section, we’re told that “The Department for Education recommends that schools spend 3 per cent of their budget on ICT procurement. Simon Thomas of 9ine Consulting estimates that schools currently spend about 1 per cent on average.”

Unless he sells his shares, David Ross can’t impartially chair an organisation that is meant to assess and critique teaching and learning when so much debate and development in this field over the next few years will relate to how and when technology should be used in the classroom– and when it shouldn’t be used.

Finally, appointing a Tory donor who runs an academy chain to chair Ofsted will undermine the organisation to the point of discrediting it, not least because Ofsted judgements very often form the basis of forced academisation. An inadequate judgement is often quickly followed by the arrival of DfE officials who replace the school’s governors and force through an academy order.

This has already caused significant damage in relations between the DfE on one hand and teachers and parents on the other. In this context appointing Ross would be nothing less than an act of deliberate provocation and I fear the consequences.