Britain’s widespread surveillance is already broader than the majority of other European countries. 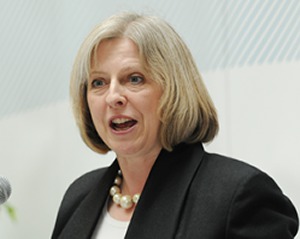 On Wednesday, David Cameron announced that there is an urgent need for the introduction of new surveillance legislation before the end of the parliamentary term, justified as a means of ensuring that UK law enforcement can maintain its ability to access the telecommunications data most important for security forces.

The proposed legislation gained cross party agreement but, regardless, it is imperative that the public questions what has happened, and how what is potentially illiberal legislation was agreed upon before any opportunity for public discussion of its merits.

The means by which this legislation has come into fruition is worrying for two reasons. Firstly, because it suggests that we seem to be focusing on counter-terrorism fears more than human rights freedoms and, secondly, it has reversed current law-making protocols, in that it involves passing legislation first and defining it after.

In plain terms, Britain’s widespread surveillance is already broader than the majority of other European countries. It was on the back of this that the European Court of Justice (ECJ) declared that the current surveillance situation in the UK was illegal based on their interference with citizens’ fundamental right to privacy in April of this year.

It now seems like the government is trying to re-word their surveillance legislation in order to maintain the status-quo while overcoming objections from Europe.

Despite the government needing a warrant to access more than metadata, the non-metadata that is most easily accessible already includes who you contact, when you contacted them and lengths of conversations. This data gives precise information about private lives, including where you live and frequent due to smartphone location tracking, which is why the ECJ removed the UK’s Data Retention Directive.

Although Euro-scepticism is widespread within Britain, the European Court’s rulings to protect freedoms and fundamental human rights should not be taken lightly. It is one thing to remain separate but equal with the EU regarding matters like currency, tax and cultural sovereignty, but it is quite another to go against criticisms that highlight infringements on citizens’ privacy.

It justifying its position, the government has pushed the security card, and hard. The home secretary has continuously of late been highlighting concern over violent extremism and the threat it poses to our national security. The news is strewn with stories about foreign fighters and fears over how their return might be a risk to home-grown terrorism.

With this as a backdrop, the prime minister has pointed to fears over Syria and Iraq as one of the primary reasons for the rushed agenda, remarking:

“It is the first duty of government to protect our national security and to act quickly when that security is compromised.  As events in Iraq and Syria demonstrate, now is not the time to be scaling back on our ability to keep our people safe.  The ability to access information about communications and intercept the communications of dangerous individuals is essential to fight the threat from criminals and terrorists targeting the UK.”

However, despite a certain level of credibility behind concerns over UK-targeted terrorism attacks, fear should never be used as a means of politicking, a way of pushing through measures which serve to unravel the foundations of democratic society.

The wording of the draft law and its accompanying explanatory notes are broad and leave many questions unanswered. Somewhat paradoxically, it seems that the specificities of the legislation are to be debated by parliament after the law is passed. The UK government needs greater transparency in addressing exactly what the Data Retention and Investigation Powers Bill will be targeting and how this will affect Internet Service Providers, citizens and democratic human rights.

In a country that thrives of its liberal values, this is imperative.

2 Responses to “Surveillance bill: fear should never be used to push through new laws”