Bold proposals devolution proposals have a habit of not living up to the full height of their promises. 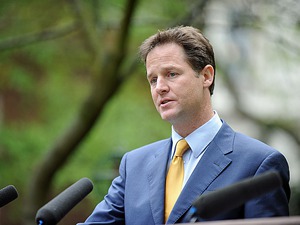 Giving power to local people and communities to identify and overcome the challenges they face has always been at the heart of Liberal Democrat values. Nick Clegg’s speech in Liverpool earlier this month again demonstrated this strand of liberalism, reiterating the argument that England’s cities, not Whitehall, know best.

He called for greater powers for our major Northern cities and invited civic leaders, businesses, opinion makers and the general public to propose ideas that would help to create a booming Northern hub, capable of competing with the biggest cities around the world.

It was fantastic to hear the deputy prime minister seek to utilise this deep well of local knowledge, but much more will need to be heard in the coming months about the details of these further powers to cities, what this consultation on a Northern hub will lead to and what, in light of this respect for local knowledge, the Liberal Democrats will commit to deliver for our cities in its manifesto.

Nick Clegg’s speech was just one of four major interventions from all sides of the political spectrum in the debate around devolution to cities in the past month. Taken together, these announcements demonstrate the growing consensus between the three major parties around the importance of freeing UK cities from the stifling control of central government, as a pathway for them to become internationally competitive engines for growth, prosperity and improved quality of life.

While it has been very pleasing to see the single largest frenzy of city policy announcements in many years, it is hard not to remain somewhat circumspect. Bold proposals around devolution have a habit of not quite living up to the full height of their promises.

In the case of the voalition government’s City Deals and Local Growth Deals, which promised to devolve spending and investment priorities to cities, devolution ultimately took the form of a traditional bidding process – with Whitehall departments keen to limit the amount of control they relinquished.

As long as cities have to go cap in hand to government, who hold free reign over attaching myriad strings to the money given in return, it will be hard to realise true devolution beyond a precarious ambition.

The words of the past month hint towards a genuine commitment to empower and grow the UK’s cities to a greater extent than ever before. But the momentum of these strong words needs to be maintained into party manifestos, and then into the first 100 days of the next government.

That is why Centre for Cities is taking Think Cities, a campaigning platform launched over the past six months to propel cities onto the political agenda, to the cities themselves – giving them the tools to capitalise on the growing focus on cities policies in the lead-up to the 2015 Election.

This week, Think Cities formally launches in Birmingham, Glasgow, Leeds, Bristol, Newcastle, and Brighton. These six cities, home to over six million Britons, hold massive potential to drive greater local and national prosperity. Think Cities aims to give their leaders a platform to advocate for the funding and flexibility they need to overcome their own unique barriers to growth, and to improve standards of living and wellbeing in their communities.

We have seen over the past few weeks that devolution matters to the parties. And rightly so – it’s certainly a big issue for voters 10 months out from the election. Exclusive polling conducted by ComRes for Centre for Cities found that almost three-quarters (73 per cent) of people in marginal seats would support greater powers for local government in their area, and only a third (33 per cent) of people believe their local government currently has sufficient tools and powers to improve their local economy.

In such a landscape, it could be risky for the Liberal Democrats not to offer a clear lead forward for UK cities.

Andrew Carter is head of research at Centre for Cities

One Response to “Politicians must live up to their devolution promises”