Air pollution in London is a silent killer - causing over 4,000 premature deaths every year. 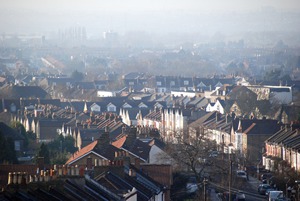 Air pollution in London is a silent killer – causing over 4,000 premature deaths every year

For those of us with a keen interest in the debate over London’s air quality, the past few months have been eventful. It’s not often that air pollution dominates political discourse, but a number of recent events have brought air quality in the capital to the mainstream political debate.

First, after London was engulfed in a Saharan smog storm in April, the Mayor described conditions as “perfectly fine”.

Then came the news that Oxford Street had been declared the worst place in the world for nitrogen dioxide pollution.

And finally, Ken Livingston weighed into the debate with a timely defence of his own record on air quality and a stinging criticism of Boris.

I agreed with almost everything Ken said, until the final sentence, in which he asserted that, having tried to make this a central issue in the 2012 mayoral election, “We need to make sure it is an issue at the 2016 mayoral election”.

Of course Ken is right in the sense that air quality must be central to the next City Hall elections, but I think that rather than waiting until 2016 to highlight the policy differences between Labour and the Tories we can show more urgency now in tackling air quality problems.

As part of this work, today I am hosting a roundtable at City Hall on air quality in London. The session will see Labour Assembly members, Environment Cabinet members at Labour councils in London and air quality experts come together to debate how the Mayor is failing in this area, and what can be done to improve the situation.

Ahead of this session, I have been reminded again of the severity of the problem. As Ken highlighted, air pollution in London is a silent killer – causing over 4,000 premature deaths every year. The Mayor’s flagship policy to tackle the problem – introducing an Ultra-Low Emissions Zone (ULEZ) – is half baked, only being introduced in 2020, and applying only to the current Congestion Charge Zone.

By the time this ULEZ is introduced (when Boris will long since have departed City Hall), around 51,000 Londoners will have died prematurely since the Mayor took office in 2008.

As well as calling for the implementation of an ULEZ to be brought forward, I have also advocated the retro-fitting of the entire London bus fleet to make them less polluting. The Mayor’s own Air Quality Strategy states that buses contribute significantly to pollution in London, and the evidence presented on Oxford Street from King’s College clearly supports this.

Alarmingly, however, despite being presented with a fully costed plan to establish a £25m fund to make London’s entire bus fleet less polluting and meet the Euro VI standard by December 2015, the Mayor rejected these proposals.

As well as the medical and environmental drivers for improving air quality in London, there is an equally pressing fiscal element to this argument. The UK faces fines of up to £300m a year after the European Commission launched legal proceedings for failing to reduce “excessive” pollution levels.

What is more worrying, under the Localism Act Whitehall could pass this cost on to the GLA and boroughs.

Instead of constructively working with the Commission to tackle air pollution, the Mayor’s chief environmental adviser threw his toys out of the pram, partly blaming the Commission for London’s high pollution levels.

The Mayor and his team should be working with the Commission to tackle air pollution, not attack the very people he needs on his side to solve these problems.

The roundtable I’m hosting today will examine all of these issues in detail, and we will report back to the Mayor on steps we think he should be taking to urgently improve the situation. I can only hope that Ken is wrong on this occasion, and that rather than this being an issue for 2016, it is an issue we can address now.