The Green Party has accused Labour-controlled Lambeth council of a ‘cover up’. 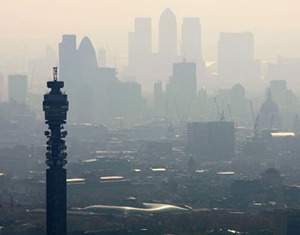 The Green Party has accused Labour-controlled Lambeth council of a ‘cover up’ after a Green council motion was amended to remove references to over 100 annual deaths in Lambeth linked to air pollution.

The Labour amendment also deleted references to the borough’s breech of Nitrogen dioxide levels, as well as the risk to Lambeth schools from poor air quality.

Set to be proposed to the authority’s full council meeting this Wednesday, it was amended by Labour’s cabinet member for the environment, Cllr Jenny Braithwaite, to hide Public Health England (PHE) statistics from April this year, as well as remove references to measures which could improve the situation.

The figures stated that 112 deaths occur each year in the borough linked to air pollution, while dozens of Lambeth schools which lie within 150 metres of roads carrying 10,000 vehicles a day.

“It is now clear that Lambeth Council are not taking their responsibility seriously toward air pollution. They are instead seeking to pass the buck.  Not only that, but the council is deliberately proposing measures to withhold important information from residents about air quality and the risk that pollution poses to children at Lambeth schools.

“Lambeth could introduce some very simple measures as others boroughs have done.  But amending this motion on air quality means that the Council will not commit to informing schools, it won’t commit to measures pollution levels outside schools, and it won’t commit even to reviewing its incineration of waste.”

This latest move follows a Green Party expose in 2012 which showed Lambeth Council had opted out of the London Air Quality Network – meaning that data was no longer published about Lambeth’s air quality levels. The controversy forced the council to opt back in.