ISIS and al Qaeda may attempt to 'out-jihad' each other with a high-profile attack on the West. 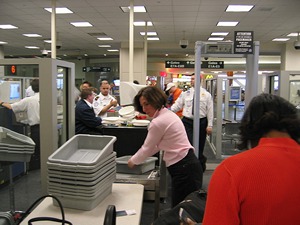 In the last week, the United States has urged tightened security at airports across the world on the back of ‘credible’ warnings that a terror attack was imminent.

The roots of the threat are inevitably difficult to trace, but it seems that there is strong intelligence to suggest that individuals trained by Yemeni bomb maker Ibrahim Hassan al-Asiri have made their way to the Syrian battlefield, where they are mixing with – and training up – foreign fighters from across the world.

Whether we like it or not, this heightens the threat of terrorism in the UK.

Nevertheless, in past weeks there has been much speculation about whether returnee foreign fighters will put the country at greater risk of an attack. Some passionately argue that they do not, that this is just more of the usual scaremongering aimed at marginalising and persecuting British Muslims. This position is based on a reductive analysis of Islamist militancy that serves a negativist, incoherent and eristic agenda.

The fact of the matter is that, especially in light of what has happened in recent weeks in Iraq, global jihadism now enjoys more prominence than it ever has before. Its threat cannot – and must not – be downplayed.

What with the most recent concern of ‘body bombs‘, methods are becoming ever more sophisticated. Certainly, counter terrorism initiatives are more sophisticated too but, with the melting pot of jihadism that is Syria and Iraq, it is becoming increasingly difficult to have a firm handle on the situation.

The recent declaration by the ‘Islamic State’ (IS, as it’s now known) of the restoration of the ‘caliphate’ further distils the level of risk we face.

It was effectively a declaration of war by Abu Bakr al-Baghdadi against Ayman al-Zawahiri, the leader of al-Qaeda. More likely than one group attacking the other, though, is the emergence of a competition between IS and AQ in which they will attempt to ‘out-jihad’ each other with a high-profile attack on a Western target.

This is because, as it stands now, IS is trying to drive al-Qaeda into obscurity. An IS attack on the West would be the last nail in al-Zawahiri’s coffin, because it would show the world that, not only is al-Baghdadi financially, ideologically, militarily and territorially more powerful than al-Zawahiri, but that he is also the new standard-bearer of international terrorism.

Certainly, his first announcement as ‘caliph’ suggests this is the direction he’d like to go in. On the other side of the same coin, we could well see an attempted attack by al-Qaeda, one that would come in an attempt to boost the group’s dwindling legitimacy.

It is imperative that the unprecedented instability in Syria and Iraq is understood for what it is – an injection of adrenaline into global jihadism. Indeed, as a recent TSG report states, in only three years, more foreign fighters have gone to the region than went to Afghanistan during the whole of the decade-long war and its bloody aftermath in the 1980s and 1990s.

So yes, there is a credible terrorist threat facing the UK, and yes, it has been heightened by the foreign fighter phenomenon. It is ludicrous to think otherwise.

If someone radicalised in the UK decides to go abroad to fight for a group that summarily crucifies people whom it considers to be dissidents, then of course they will present a threat if they manage to return home undetected.

In particular, fighters for IS and its affiliates pose a threat, largely because they are exposed to a refined and rejectionist strand of jihadism too extreme for al-Qaeda. This, coupled with the advanced level of military training they receive, makes for a troubling combination.

So, to play down this threat as a Whitehall-led conspiracy is irresponsible. Certainly, we must not allow it to become a scapegoat for the introduction of draconian counter terrorism measures, but to be sceptical of it just for the sake of being sceptical will only serve to put British society at greater risk.

Charlie Cooper is a researcher at Quilliam