Even George Osborne is reluctant to endorse Universal Credit. 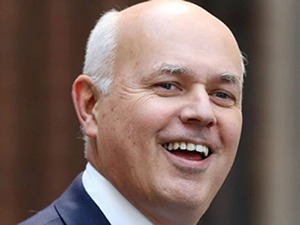 Even George Osborne is reluctant to endorse Universal Credit

It is being reported this morning that the plan to deliver the government’s flagship Universal Credit (UC) scheme has still not been approved by the Treasury.

The head of the Civil Service, Sir Bob Kerslake, admitted at a session of the Commons Public Accounts Committee yesterday that UC “hasn’t been signed off”:

“We shouldn’t beat about the bush: it hasn’t been signed off. What we’ve had is a set of conditional reassurances about progress and the Treasury have released money accordingly. That is one of the key controls.”

The revelation from Sir Bob is yet another blow to work and pensions secretary Iain Duncan Smith, whose tenure at the DWP has been plagued by setbacks. Even George Osborne is reluctant to endorse UC. And this shouldn’t come as a huge surprise, for since the idea was first mooted:

Universal Credit has been criticised for lacking leadership. The National Audit Office has criticised the scheme for “weak management, ineffective control and poor governance”. It also said the DWP “lacked a detailed view of how Universal Credit is meant to work”.

It has suffered repeated delays. Earlier this year the Work and Pensions Select Committee criticised the speed of the rollout of UC as happening at “a snail’s pace”. The DWP’s original plan was for one million people to have been switched over to Universal Credit by the end of this year. However rollout is woefully behind schedule, and ministers admit that a full rollout is likely to miss the DWP’s 2017 target.

The cost has spiralled. It was reported earlier this year that UC had already cost the taxpayer £612 million, but at the time this figure was reported just 2,720 claimants had been transferred over to UC – at a cost of £225,000 per person. The DWP was also forced to write off £130 million in IT costs.

The scheme has been ‘reset’. The Major Projects Authority (MPA) listed the status of UC scheme as ‘reset’ in its annual assessment of infrastructure projects which came out in May. The ‘reset’ means that UC is being judged as a new project. UC was the only government scheme to be listed as ‘Reset’, with the Independent also reporting that the Major Project Authority had rated universal credit as ‘red’, meaning that it is “unachievable within reasonable timescales and to a reasonable budget without urgent remedial action”.

The UC credit scheme has cross-party support and contains some fairly sensible ideas to simplify the benefits system. However the bungling manner in which it is being implemented by Iain Duncan Smith’s department is rapidly becoming an embarrassment for the government. Indeed, once upon a time the honourable members in the Tory Party wanted the ‘quiet man’ to ‘turn up the volume’. Today they probably wish he would go away.

“The delays confirm our warnings. A digital only Universal Credit will not work without the option of using local authority staff for face to face help and advice on applications and complicated changes in family circumstances. A local Universal Credit Centre could also offer the chance for families to have all their important documents, such as birth certificates, passports, bank statements, National Insurance card and tenancy agreements verified, copied and handed back to them.

“Otherwise families will have to send every important document in a bundle to the DWP in one go. There is only a limited amount DWP can accurately check using commercial agencies and the risk of fraud would rise considerably if they don’t check original documents.”

15 Responses to “Even George Osborne doesn’t want it: yet another setback for Universal Credit”