Can Darren Hall break new ground like Caroline Lucas did in Brighton? 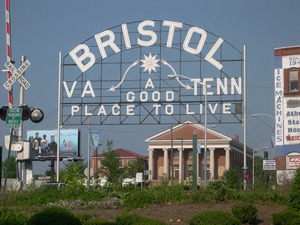 Can Darren Hall break new ground like Caroline Lucas did in Brighton?

At the recent local elections in May, the Green Party in Bristol got a nice surprise. They came first in the Bristol West constituency going by the popular vote across the council wards, with a lead of 2 per cent over Labour.

Yesterday they announced as their candidate for Bristol West, Darren Hall, the man who won Bristol its European Green Capital Award 2015 and who runs the city’s Big Green Week festival.

To get the seat, he’ll have to take on incumbent Liberal Democrat Stephen Williams MP, and Labour’s Thangham Debonnaire, who is also standing.

According to the Green Party, “the contest is likely to be a closely fought three-way marginal, based on recent local election results showing the Greens are currently in the lead with 28 per cent support across the constituency, followed closely by Labour with 26 per cent, and 24 per cent going to the Lib Dems.”

Greens have six councillors across the city after making gains in May.

“Bristol has always been a community that wants to stand on its own two feet. Only a Green MP can truly deliver a leadership that doesn’t conform to old party lines, that is democratic, that doesn’t let people down, that listens. As an MP, I would stand up for the people and interests of Bristol at all costs, rather than having to toe any party line.”

“Greens have been working alongside Bristol’s creatives and green experts for over 20 years to mould a vision for a more sustainable future for our city, but without an advocate in Westminster we are unable to make the vital changes we need. I’m excited to be starting out on this campaign to help us engage with innovative solutions on how to make Bristol work.”

Can he break new ground like Caroline Lucas did in Brighton? It will be an interesting race to watch next year, that’s for sure.

51 Responses to “Could this be the next Green MP?”