The scale of the tragedy requires a much greater response than the callous and disinterested one shown by the government. 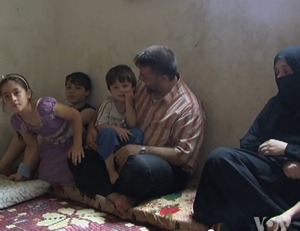 With the unfolding drama in Iraq climbing to the top of the news agenda, the ongoing civil war in Syria is starting to take a backseat.

And yet the killing goes on regardless.

Almost 200,000 people have been killed in Syria since government forces opened fire on civilian protesters in 2011. Two million citizens have also fled to neighbouring states and another two million have been displaced inside the country.

For better or worse, back in August of last year the UK and US governments decided not to pursue military action against Syrian president Bashir al-Assad after he deployed chemical weapons on citizens in Ghouta, a suburb of the capital Damascus.

As a result, Assad continues to brutally repress dissent and the increasingly extremist-dominated opposition (extremist elements have received the lion’s share of financial support, thanks to Saudi Arabia and Qatar) have waged their own brutal campaign against Assad but also the moderate anti-Assad Free Syrian Army (FSA).

Finding themselves in between all of this have been Syria’s civilians, most of whom simply want to get on with their lives.

So regardless of whether or not one supported military intervention against Assad, it’s reasonable to expect the British government to stick to its humanitarian duty for those Syrians fleeing one of the world’s worst conflict zones. David Cameron has been talking a great deal about British values of late, and therefore it doesn’t seem too much to expect the government to uphold these when it comes to giving shelter to those fleeing conflict and persecution.

Yet as with so many issues, when it comes to the Syrian refugee crisis the government has been big on words but short on deeds.

Despite the vast scale of the human catastrophe in Syria, just 24 additional Syrian refugees have been allowed to enter Britain in the six months after David Cameron said that 500 refugees would be allowed in.

Now no one is saying that Britain should be responsible for taking all or even the biggest share of those fleeing Syria, but this is a truly pathetic response to a humanitarian crisis almost on the scale of Rwanda.

Even Britain’s pledge to settle 500 refugees is paltry when contrasted with other nations. Germany is the only nation that has so far responded adequately to the crisis, with pledges to admit 5,000 refugees. The country’s foreign minister also says the country is ready to take in more. Since 2012, Sweden has also taken in at least 14,000 Syrian refugees. Many countries in the Middle East have, for obvious geographical reasons, taken in many more.

To its credit, the government continues to send an impressive amount of humanitarian aid to Syria, allocating £36 million to fund organisations working in Syria – more than any other country in Europe.

But that doesn’t, as the government appears to believe, get Britain out off the hook when it comes to housing Syrian refugees. Hence why Amnesty International has described as “absolutely shameful” the British response to the crisis.

It’s one thing to play to anti-immigrant sentiment when it comes to economic migrants, but it’s plumbing new depths to pander to it when those at the sharp end are fleeing Ba’athist genocide.

Worse, some Tory backbenchers are lobbying David Cameron to take an even ‘tougher’ line on Syrian asylum seekers (what’s tough about shutting out some of the world’s most vulnerable people?). Former defence minister, Sir Gerald Howarth, said during a recent Commons debate that the number of Syrian refugees should be limited to hundreds rather than thousands because Britain is “a more densely populated country than France or Germany”.

As some Labour MPs shouted at the time: shame.

The reluctance of the government to take its fair share of Syrian refugees is worryingly apparent in its refusal to join the United Nations’ resettlement programme, claiming instead that it is setting up its own scheme – of which we’ve now seen the unimpressive results.

Syria may have dropped off the political agenda, and lamentable as that may be the issue of Syrian asylum seekers must not be allowed to join it. There’s a good chance that Syria will, for future generations, be considered the humanitarian crisis of our time. As such, the scale of the tragedy requires a much greater response than the callous and disinterested one shown thus far by the government.