Labour must be a tireless champion of efforts to stamp out sexual violence in Afghanistan. 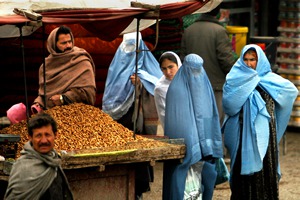 In two weeks time, global leaders, policymakers, civil society representatives and NGOs will convene in London for the Global Summit to End Sexual Violence in Conflict. It will be the biggest ever meeting on this issue, headed by William Hague and Angelina Jolie in her capacity as UNHCR Special Envoy.

It is also a particular opportunity to focus our minds on the struggle of women and girls in Afghanistan. For them, the summit couldn’t come sooner enough. As the withdrawal of UK and NATO forces continues apace, the prospects for women’s security in post-conflict Afghanistan are bleak.

For the Labour Party in particular, the challenges faced by women and girls in Afghanistan are a unique responsibility. It was us that took Britain into the war, and we have therefore made a commitment to the people of Afghanistan to protect their security. This includes women and girls, and our commitment to them doesn’t end just because the UK is pulling its troops out.

We also have a duty after the losses British forces have sustained in the conflict to make sure it was not in vain. And so the Labour Campaign for Human Rights has chosen to make this a priority issue for our work this year.

The upcoming summit is an opportunity to start building a positive legacy for women and girls in Afghanistan. We must make sure it addresses the specific kinds of violence that Afghan women and girls face – the kinds that don’t necessarily take place in the public realm or on the battlefield, but which are hidden from plain sight.

The mainstream view of sexual violence, and indeed the view that is likely to dominate at the upcoming summit, is that it’s uniquely public. Sexual violence that occurs privately has been seen as irrelevant to the peace and security agenda.

Such thinking assumes a narrow view of women’s security and perpetuates the flawed assumption that private and public conflict-related violence are unrelated.

If indeed we believe there can be no security without women’s security, we must be willing to make the link between the extent of violence against Afghan women that occurs in the privacy of the home, and the widespread war rape of women during the conflict.

We have to understand that violence against women and girls in Afghanistan, and indeed elsewhere, is not only the product of conflict but also of deeper inequalities that need to be tackled. In recent months, Afghanistan has nearly re-introduced public stoning for adultery and changed the law to make it legal to rape women in marriage.

There is clearly a deeper trend of gender inequality and violence in the country beyond that created by the conflict. If we ignore this, we risk leaving the structural causes of sexual and gender-based violence unaddressed. When women are not valued in times of peace they will be seen as disposable in times of war.

We cannot think that it is up to us alone to determine Afghanistan’s future. The country is more able now than at any time over the last decade to decide its own path. But with all the many challenges facing the country, women and girls risk being forgotten and ignored.

Through our ongoing engagement, diplomatically and economically, we have the opportunity to be a voice for them and to make an impact in their lives.

Both in opposition and – come 2015 – in government, Labour must be a tireless champion of efforts to stamp out sexual violence in Afghanistan, particularly by focusing attention on its root causes and its private manifestations. This summit should be seen as the start of a long road ahead.