A new campaign is asking politicians to take the lead in affirming the positive value of social housing. 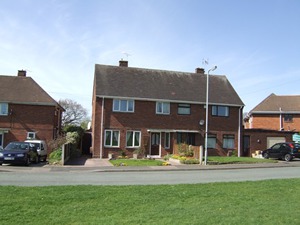 The portrayal of social housing as a tenure of last resort and social tenants as ‘skivers’ has prompted the creation of grassroots campaigns to counter damaging policies and stereotypes. The first – SHOUT – the campaign to save social housing – and the second – Council Homes Chat – a social media initiative highlighting social housing success stories – are leading the fight back.

SHOUT is publishing its manifesto, ‘Affordable, Flourishing, Fair’, to save and extend social housing, in Westminster today. The manifesto proposes a 12 point programme to build 100,000 new social homes yearly and to combat how social tenants are depicted in the media.

SHOUT concludes that the public sector will need to play a greater role in meeting the UK’s housing needs. A public house-building programme could be funded by removing or easing the current restrictions on council borrowing for housing,

As the graph shows, the UK’s house-building peak was back in 1968, when more than 400,000 homes were provided. The 200,000 homes a year bare minimum requirement has rarely been met since 1979 and only half that number are being built today.

Future governments should set a target of surplus public land to be made available for social housing at low cost, releasing land and assembling sites for social house – building. Any new town or garden city development should contain a significant proportion of social homes too. 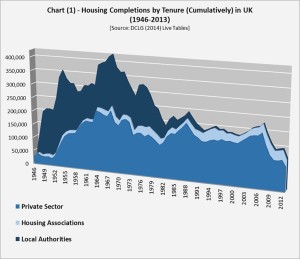 SHOUT also recommends that lost social homes through the Right to Buy and designated as ‘affordable rent’ should be replaced on a like for like basis in areas of high housing need.

SHOUT is campaigning for social renting to be viewed as a tenure of equal status to others since it meets needs that other tenures cannot and is a tenure of choice for millions of people. Alongside this, SHOUT is asking politicians to take the lead in affirming the positive value and purpose of social housing, and to challenge the negative stereotyping of social tenants.

In reality of course, social tenants are far from the economically inactive group portrayed in the media. In fact, there are more social tenants in work today than in 1990.

Despite these levels of economic activity, the majority of social tenants have to survive on low wages and have few assets to fall back on in times of financial crisis. Over 50 per cent have incomes below £10,400 per annum. Just 6 per cent have incomes above the £26,000 benefits cap. Two thirds have no savings and, of the other third that do, 49 per cent have savings below £1,000 and 73 per cent below £3,000.

Finally, SHOUT is campaigning for future governments to set out long-term strategies for housing supply to bring stability and certainty to UK housing markets with the aim of improving affordability in all tenures.

SHOUT concludes that this long-term approach is crucial to tackle growing housing needs, to underpin a dynamic economy and to create the good society.