However well-meaning attempts by non-Muslims to define Islam are, they are ultimately counter-productive. 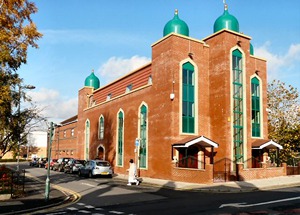 However well-meaning attempts by non-Muslims to define Islam are, they are ultimately counter-productive

In the wake of this month’s latest Islamist outrages – notably a mass kidnapping by Boko Haram in Nigeria, Sudan’s death sentence against a female apostate, and an anti-Semitic triple murder by a jihadist in Brussels – there has been a predictable outpouring by non-Muslims on what Islam really is.

In the US, Carla Power, a journalist, provided Time Magazine readers with ‘five reasons why Boko Haram’s actions are fundamentally un-Islamic’. On the Sudanese death sentence, Tell Mama’s Stephen Rose (a Dorset-based writer who I presume is not Muslim) valiantly quoted Quranic verses to put those pesky Sudanese officials straight about their own religion, writing that in fact the “Quran guarantees freedom of religion”.

Meanwhile, on the other side of the fence, Robert Spencer of anti-Muslim ‘jihadwatch’ used the same events to support his view of Quran and Islam as inherently intolerant and violent. On the Brussels murders, he cited several verses of the Quran and argued that these meant that “Islamic jihadists are the most intense of the people in animosity toward Jews”. On the Boko Haram kidnap, he explained that “as for the abduction of the schoolgirls, the Quran tells Muslims to take captives when they meet unbelievers”.

Unfortunately, however well-meaning (or otherwise, in the case of Spencer) these attempts by non-Muslims to define the ‘correct’ Islam are, their approach is counter-productive. Even if it is comforting imagine that there is a ‘true’ Islam that is peaceful and tolerant, in truth there are 1.6 billion Muslims and just as many versions of Islam; to claim that there is a single Islam (whether peaceful or militant) flies in the face of our post-modernist understanding of the world.

The Quran – and Islamic scriptures as a whole – however revered by some, are just another set of texts and the usual rules of literary criticism and understanding should apply. No text or narrative should be seen as exempt from having multiple equally valid variant readings because some regard it as sacred; indeed, to do so is often intellectual cowardice dressed up as tolerance.

More concretely, by insisting that there is one true Islam and that our extremist rivals are ‘un-Islamic’, well-meaning non-Muslims risk sustaining the very ideology that is bedrock of modern jihadism – namely takfirism (the practice of denouncing perceived Muslim dissenters from ‘the one true Islam’ as heretics).

More broadly, depicting Islam as standing outside human interpretation also bolsters the more widespread belief of many individual Muslims that they alone know exactly what Islam is and that their critics are not just wrong but are actively distorting Islam.

The destructive effects of this mindset can be seen in Iraq, Syria and elsewhere, where jihadists, Islamists and secularists alike claim a monopoly on the correct interpretation of Islam and attack rivals as apostates.

Ironically, however, the fundamental basis for this outlook, the belief in the existence of a single valid understanding of Islam that must be protected against corruption, are echoed by none other than David Cameron, who has himself defined jihadism as an “extreme distortion of the Islamic faith” (allegedly at the behest of that equally noted Islamic scholar Baroness Sayeeda Warsi), while even George W Bush has pronounced that “the face of terror is not the true face of Islam”.

However well- intentioned, such interventions are fuelling the intolerance that we are trying to fight.

Rather than reinforcing the false and divisive idea of a single Islam, albeit as peaceful Islam, we should instead emphasise the theoretically infinite pluralism of Islamic interpretations.

True, this means honestly facing some uncomfortable (or for Robert Spencer, comfortable) truths; namely that extremist interpretations of Islam are just as textually valid (or invalid) as more moderate interpretations. But while this means conceding ground to extremists (both Muslim and non-Muslim) in the short-term, in the longer run, introducing relativism to discussions of Islamic ‘truth’ will make it harder for aspiring totalitarians to use Islam to prop up their ideologies, just as the post-modern rejection of certainty has undermined other hardline ideologies and ideologues in the West.

People may be willing to die and kill for what they regard as an immutable truth; they are less likely to make sacrifices for what they know is but one interpretation among many. No-one wants to die for a variant textual reading.

Furthermore, in addition to withdrawing from the fruitless pursuit of which Islamic interpretation is theologically ‘correct’ (and what if ‘correct’ Islam proved to be unpalatable?), those non-Muslims engaged in the struggle against Islamist extremism are better off basing their arguments in pragmatic cost/benefit analysis.

For instance, rather than confronting a cleric who is convinced that women should not be allowed to work outside the home with our own cherry-picked battery of women-friendly Quranic quotes and hadiths, we should point out that while we cannot judge the theological value of the cleric’s interpretation, his views tangibly increase the chances of his followers suffering poverty, a poorer quality of life and – correspondingly a greater prospect of family breakdowns – as a result of the loss of a woman’s income to the household.

We should fight our battles only on ideological terrain which favours our arguments, rather than on the quicksand of Quranic citations and Islamic texts which are themselves products of previous generations’ ideologically-driven selective interpretations.

Rather than engaging in a futile quest for the supposed intentions of someone-else’s God, let us instead debate what practices and ideologies are materially harmful or not harmful to Muslim individuals and to society at large, and draw conclusions accordingly. For some militant liberals, this approach will be less immediately satisfying than denouncing our enemies as ‘un-Islamic’ heretics and traitors to their own religion – but that is entirely the point.

James Brandon is an associate fellow at the Institute for the Study of Radicalisation and Political Violence (ICSR) in London. He is the former director of research and communications at Quilliam

35 Responses to “If we really want to help moderate Muslims, we should stop telling them what Islam is”