Power over the global game must be handed back to fans, and it’s far from impossible. 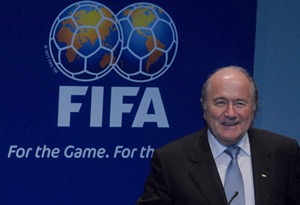 As much as I am looking forward to dusting off the old vuvuzela and diligently filling out my game-by-game wall-chart for the World Cup, there is a serious side to football at the moment. Brazil 2014 must be the last tournament run by FIFA in its present, undemocratic form.

Over time, control of world football has become concentrated in the hands of a remote elite, headquartered in Switzerland, who have lost touch with the game and its billions of fans. Some figures at the top seem to think they are untouchable.

The ongoing allegations that Qatar resorted to bribery in order to host the World Cup are depressing, but have attracted desperately needed mainstream scrutiny of FIFA. That renewed focus must now be matched with action to make sure that something like this can never happen again.

Because it’s not just the bribery claims that prove the need for a revolution in world football. As Jim Murphy and others have highlighted, workers in Qatar are toiling under appalling conditions to build the stadiums in the desert that the next World Cup requires. The tales of passport theft sound close to kidnapping in some cases and Nepal’s embassy reports that so far 400 of its workers have died of heart failure after working long shifts in the terrible heat.

It’s instructive to compare FIFA’s apparent lack of urgency in relation to Qatar’s exploitation of workers with their active intervention on behalf of big money sponsors. Brazil had a long-standing alcohol prohibition in football stadiums, but FIFA ordered their sovereign parliament around like a class of naughty children and instructed them to overturn the ban to please Budweiser – one of the top sponsors for the World Cup.

“Alcoholic drinks are part of the FIFA World Cup, so we’re going to have them. Excuse me if I sound a bit arrogant but that’s something we won’t negotiate,” FIFA’s general secretary Jerome Valcke brazenly told the world.

And that’s the nub of the problem. World Cup sponsorship and driving revenue are clearly where FIFA’s prioritises lie. This state of affairs is a direct result of FIFA becoming a corporate behemoth, distant from the real game it supposedly runs.

But how can we expect FIFA’s leaders to be responsive? They’re answerable to almost nobody. We know FIFA didn’t prioritise appalling working conditions in Qatar; fighting racism is not high enough up the agenda; corruption on the Executive Committee has become expected, and reforming the organisation from within is not going to happen to any acceptable degree.

Amazingly, despite all of the tales of bribery and corruption, FIFA’s website still carries this statement:

“Based on the extent of the measures implemented so far, FIFA considers the reform process to be successfully accomplished.”

FIFA’s leaders are wrong. Power over the global game must be handed back to fans, and it’s far from impossible.

Each national Association should elect their own FIFA representative through as open and fair a poll as possible. It’s worth spending some of FIFA’s money to allow anybody in a given country to register their details and vote online.

Forming a football assembly, these national representatives would be tasked with selecting people for the top jobs at FIFA. And crucially, it should be this full body of directly elected representatives who choose the World Cup hosts.

They should carry out both these tasks in public, at a convention in FIFA’s fancy Swiss offices, with their votes recorded. If we don’t like how they vote, or if a delegate is linked to corruption, fans can throw them out when their term ends every two years. How much harder would it be to buy a World Cup then? A clean FIFA might step up to a position of moral authority and lead real efforts against racism in the game and stop the exploitation of workers on football projects.

Of course there would be pitfalls along the way with a more open system, but how could it be worse than the current regime?

It doesn’t even seem like a particularly extreme idea when you remember the alternative: allowing the 24 people on FIFA’s Executive Committee to keep running the global game like they’ve been doing.

FIFA have been brutally honest – they think the reform process is basically over. That’s why change needs to be non-negotiable. Governments with large populations of football fans should insist on action and lead the way.

With over a billion people about to tune in to the action from Brazil, it should be clear to anyone that football can’t belong to a handful of people in a room in Switzerland. Whatever the solution, the time for radical change is overdue.