The many achievements of the Kick It Out campaign risk being undermined by the game’s leaders. 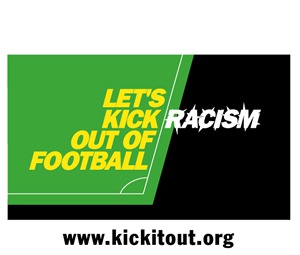 With England taking part in their first World Cup game yesterday, it is timely to look at progress on racism in football. The Kick It Out campaign to end all forms of discrimination in football, and to promote inclusion and diversity, is 21 years old this year, so what has been achieved?

There is still no definitive position on this, but when Kevin Prince Boateng walked off the pitch following racist chanting during a game he was both criticised and commended for his action.

Failure of black players and managers to progress in football is being addressed by Kick It Out with the launch of its mentoring and leadership programme, aimed at increasing representation and inclusion. The campaign also has a clear Equality Standard which gives best practice guidance for football organisations about employment practices, approaches to dealing with stadium abuse, keeping records of abusive incidents and promoting equality.

In recent years there has been a massive surge in the use of social media as a channel for abuse, which is also being challenged by the work of True Vision, which provides a facility for victims to report online abuse.

The many achievements of the Kick It Out campaign over the years has seen much greater awareness of the issue of discrimination and equality in football, however its work is being undermined by the game’s leaders, especially at international level.

Fifa President Sepp Blatter has delivered several confused messages on racism in football, from outright denial that it exists to saying that on pitch handshakes could manage the problem. More recently he claimed that racism underpins the recent allegations of corruption claims against Fifa in the selection of Qatar for the 2022 tournament.

Whilst Blatter’s analysis is easily dismissed by informed observers and commentators, ordinary fans may be left trying to make sense of the confusion.

We all know that racism does not begin in concentration camps but as a kernel in the minds of ordinary people, who often are not able to predict the end point of their fledgling discontent. So it is desirable for people to possess a shared understanding of racism, and how to defeat it.

Racism has always been an ugly, uncomfortable concept. When applied to historically or geographically distant inhumane acts, most people easily concur that it is reprehensible.

Bring it closer to home, scale it at the level of everyday, however, and it often becomes too personal for comfort. Political debates have allowed discussion on racism to be obfuscated and conflated with narratives about minority-majority rights to influence national and cultural values.

This needs to be broken down so football fans are confident to report racist and discriminatory actions in stadiums and online.

We know that racial prejudice is currently on the increase at societal level, and continues to be prevalent in many national institutions such as the NHS and the police. Sport in general, and football in particular can lead a potent grassroots movement in the fight against discrimination.

And finally, come on England!

Claudia Tomlinson is a contributing editor to Left Foot Forward