If we can’t value our justice system what can we value? asks Sara Ibrahim. 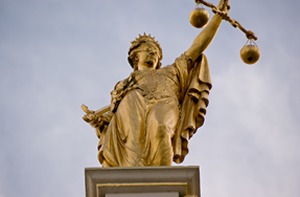 After being subjected to many barbs at PMQs over brothers, I do hope Ed Miliband is lining up a joke about Cameron’s brother following the #opcotton decision last week. Alex Cameron QC, brother of David Cameron, dramatically increased his profile as a result of his championing of the criminal bar following legal aid cuts.

In a wonderful twist, Alex Cameron QC was acting for the defendants arguing a stay of proceedings because the legal aid cuts had prejudiced the ability of the defendants to get proper representation. The Judge’s typo added to the fun when it was recorded that Alex Cameron QC was acting “bro bono” rather than pro bono i.e for free. Although maybe it wasn’t a slip if you assume that “bro bono” loosely translates as good brother.

Indeed what could be more brotherly than pointing out the sheer madness of the legal aid cuts which are preventing people from gaining access to justice?

The judgment of His Honour Judge Leonard QC in Southwark Crown Court effectively kicked the prosecution of five defendants into the long grass because of the unavailability of properly qualified legal Defence Counsel.

The reason no adequately qualified barrister could be found is that the Ministry of Justice announced in September 2013 that for all Very High Cost Cases – or VHCC as they are known – there would be a reduction of 30 per cent of fees payable. By November 2013, all Counsel had returned their briefs for VHCC as the reduced fees meant that these extremely time intensive and complex trials could not be litigated properly at these fees.

It should be born in mind that at the criminal bar about 90 per cent of practice is publically funded. The figures the government published last year about barrister incomes were widely misleading. They represented income before deduction of Chambers rent, tax, expenses (including travel to and from court) and don’t take into account that self-employed barristers receive no sick pay, holiday pay or pensions.

Many criminal barristers earn nowhere near the headline figures in the press for extremely long hours. That is one of the reasons it is not an area that I have ever practised in.

The Judge stated in the course of his Judgment:

“I remind myself that it is the duty of the State to provide advocates at the required level of competence and experience pursuant to the court’s interpretation of the government’s own legislation. It is not for the defence to cut its just entitlement to representation to suit the State.”

The argument of Alex Cameron QC for an adjournment because the defendants couldn’t obtain proper representation, resulting from the legal aid cuts, was accepted. The #opcotton decision was therefore a massive blow to Grayling’s regime of legal aid cuts.

Crucially the decision shows two things. Firstly, having a non-legally trained minister in charge of the Ministry of Justice has been a disaster. Secondly, that the nature of the cuts shows no appreciation for the services being offered whether it be the law or local government.

There is a stage beyond which further cuts mean the system ceases to operate properly or at all. Once well-trained criminal advocates leave the bar they will not easily be tempted back. In a similar fashion, closing advice centres and local providers of public services cannot merely be reversed by re-opening them.

For that reason Labour’s argument about cuts can’t be just about the level of cuts. It has to be about what we value in our society and what we can afford to sacrifice in financially straitened times. Further, it has to be about value for money and convey the difference between slash and burn to public sector and creating a more muscular state that can do more with less.

Fundamentally #opcotton teaches us this – if we can’t value our justice system what can we value? Just ask Alex Cameron QC. I wish David Cameron had.