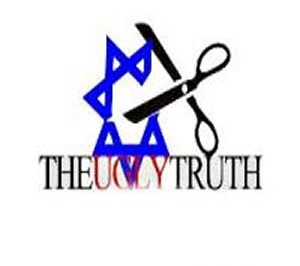 Last week’s Jewish Chronicle exposed the Liberal Democrat Friends of Palestine group for having repeatedly linked via Facebook to articles on a notorious American antisemitic hate website, The Ugly Truth. Its strap-line “Zionism, Jewish extremism and a few other nasty items making our world uninhabitable today” should have warned the Lib Dem group that this was taking pro-Palestinian activity into unsavoury territory: but nobody seemed to care.

The Ugly Truth’s interpretation of “truth” makes it a very ugly place indeed. At the top of the page is an American Uncle Sam image, pointing at the reader, declaring “I’M ISRAEL’s BITCH AND SO ARE YOU”. Next is the website’s logo, a Star of David being cut by a pair of scissors. Scroll down and you find “Israel Did 9/11”.

Then, a deeply disturbing photograph of a dead child, shirt opened to reveal two bullet holes in the upper chest. The photograph is captioned “THE REAL FACE OF JUDAISM AND ZIONISM”.

There are other images, illustrating other points, including “JEWISH FAMILY VALUES”, “JUDEO-CHRISTIANITY”, “MOCKING JESUS ON ISRAELI TV” and “JEWISH RITUAL INFANT GENITAL MUTILATION”. And so it continues, as do the actual articles on the rest of the website page.

Upon being exposed in the Chronicle, the Lib Dem group’s administrator Miranda Pinch apologised and said she would not link to The Ugly Truth again. Her apology seemed premised upon The Ugly Truth having occasionally included Holocaust denial. This upset Ms Pinch (a convert from Judaism to Christianity) because:

“…My mother was a Holocaust survivor and many of her relatives died in the Holocaust, I certainly would not want in any way to diminish that period of history or any of its facts.

“It is true that I have occasionally used articles from The Ugly Truth, but I was not aware that the site had ever actually denied the Holocaust, and I steer clear of many of its conspiracy theory articles on any subject.”

The sordid, ugly truth for Ms Pinch is that the Holocaust occurred not because of denial, but because of the singling out of Jews for unique hatreds, built upon hateful ideas, language and imagery.

These old themes resonate throughout The Ugly Truth, used for both Zionism/Zionists and Judaism/Jews. There is no politically correct ‘hate Zionists-love Jews’ distinction being made here. They are depicted as controllers of nations, driving war and death; as the master manipulators, perpetrating their false plans; as needing to be cut down; as killing the innocent; perverting decent morals and values; ritualistic monsters, to be derided, hated and feared in equal measure.

These hatreds are what the images on The Ugly Truth website invoke and incite. At present, the top article on the website is illustrated by a mock up photograph in which Abe Foxman, leader of the Anti-Defamation League, is portrayed as a vampire. He has a Star of David around his neck and is recoiling from a crucifix.

This is literally demonisation. Ms Pinch is totally correct to condemn Holocaust denial that she seems to have been unaware of, because it was buried somewhere on the website: but it is hard, very hard, to see how any individual or group could connect to such a website and not see the imagery and the ideas that are everywhere on it, constituting its very essence. This is more than the mere “conspiracy theory articles” that Ms Pinch says she steered clear of.

Then, we are forced to confront another ugly truth or two. Firstly, it seems reasonable to ask if any of the Lib Dem users ever objected to being linked to such filth. They must have seen the links, some users must have clicked into them: in which case, did any of them sound the alarm? It seems not.

Secondly, there is no shortage of anti-Israel material for this Lib Dem group to have linked to: their Facebook page would not have been suddenly bereft of material had The Ugly Truth never been utilised. Somebody, somewhere, was deliberately selecting this stuff for the Lib Dem Friends of Palestine Facebook page.

Finally, there is the urge to simply lay all of this at the door of the Liberal Democrats, pointing at Jenny Tonge, David Ward and the rest of it. However, this would be unfair to the party leadership, who are alert to the problem of antisemitic language in mainstream politics and take such instances seriously. It would also be complacent: such transgressions can, and do, occur in any number of mainstream pro-Palestinian spaces, including Parliamentary ones. And that, sadly, is another ugly truth.

17 Responses to “Ugly truths and Liberal Democrat Friends of Palestine”