A property developer that sits on land instead of building on it has given £300,000 to the Tories. 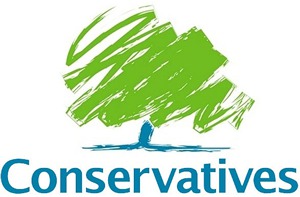 A property developer that sits on land instead of building on it has given £300,000 to the Tories

A property developer that boasted of boosting its profits through land banking has donated £300,000 to the Conservative Party, new figures from the Electoral Commission reveal.

William Ainscough, owner of Wainhomes and Langtree, gifted £50,000 to the Conservative Party in the first quarter of 2014 and has made donations totalling £295,573 to the party since 2010.

As recently as 2013, Wain South West admitted to boosting its results through land banking, a practice whereby owners of land that could have homes built on it sit on it while the value of the land grows:

“The company has a long land bank purchased at competitive rates that should allow future developments to achieve strong margins which should underpin the continued success of the business.”

However in 2013 the chief executive of Wain homes, Steve Owen, said the company would continue to grow its land bank:

“We have been very active in the land market over the last three years and this will continue. Our aim is to grow the land bank further.”

The Tories have opposed Labour’s plan to confiscate land that remains undeveloped from developers. In June of last year Nick Boles claimed that “confiscating any land from development will not help build a single house”.

Secretary of state for Communities and Local Government Eric Pickles has also opposed the policy:

“Take Ed Miliband’s latest plan? To confiscate private land and build over the Green Belt. Resurrected eco towns – the zombie policy that will not die. It’s the same old Labour.”

Responding to the revelations, a Labour source said that instead of standing up to big property developers, David Cameron was “working on behalf of the privileged few – taking their donations and turning a blind eye to the needs of families”.

“Hard working people are facing a cost of living crisis, with sky high rents and rising property prices. Big developers who land bank are only making these problems worse.

“A Labour government would ensure that 200,000 affordable homes a year are built – and if the big developers won’t use the land they’ve bought, they’ll lose it.”