Reducing the numbers eligible for release on temporary licence will mean fewer people have the chance to become law abiding citizens and taxpayers. 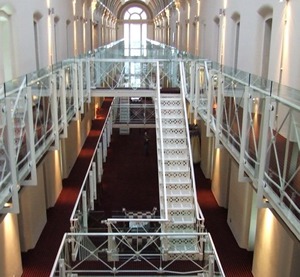 Reducing the numbers eligible for release on temporary licence will mean fewer people have the chance to become law abiding citizens and taxpayers, writes Mark Day

The abscond of Michael Wheatley from HMP Standford Hill has raised concerns about the process for assessing and monitoring people held in open conditions and for release on temporary licence (ROTL).

The prisons minister Jeremy Wright has said there will be a full review of the case, including an assessment of the ROTL process.

Jeremy Wright said temporary licence can be an important tool to help offenders reintegrate into communities but that “it should not be an automatic right”.

Ministers have already announced a review of the licence scheme so that prisoners are subjected to stricter risk assessments and tagged. The review follows three high profile serious and tragic incidents committed by people on ROTL.

While the review provides a welcome opportunity to address understandable concerns about safety and security, the government should seek to learn lessons from the overall success of the use of open conditions and ROTL to date.

Government figures show the main lessons to learn from open prisons are that the prison service has achieved a significant reduction in the level of absconds over the past decade, and that release on ROTL has succeeded in significantly reducing the risk of reoffending.

The Prison Governors’ Association has gathered information to show that, of the 485,000 ROTL days authorised in 2012, the failure rate when a further offence was committed amounted to 5 in 100,000 or 0.005 per cent.

People being considered for open conditions are subject to a thorough risk assessment. Far from being an ‘automatic right’, in order to be granted release into the community on ROTL, prisoners are subject to a further risk assessment and must demonstrate exemplary behaviour. They can have their licence revoked and be returned to closed conditions at anytime if their behaviour gives cause for concern.

The Prison Reform Trust has worked with a number of prisoners on ROTL. They are valued members of the staff team and make a good contribution to our work.

Companies such as Timpsons and National Grid employ people on ROTL. Many go on to work full time for the organisations.

More could be done to encourage other employers to follow their lead so that more people leaving prison have a job to go to.

Ministry of Justice figures show that just 26 per cent of people entered employment on release from prison in 2012-13. Yet research shows that having a job, somewhere safe to live and family support are the three things that cut the risk of reoffending.

The review should seek to extend opportunities for rehabilitation – not create unnecessary and burdensome restrictions.

Proposals to tag prisoners on ROTL are too risk averse for most and too expensive. Reducing the numbers eligible for open conditions and ROTL will mean fewer people have the chance to become law abiding citizens and taxpayers.