In an exclusive interview, Rob Edwards speaks to North Korean defector and editor of Free NK, Joo-Il Kim, about life in the hermit state. 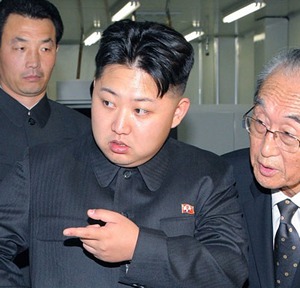 In an exclusive interview, Rob Edwards speaks to North Korean defector and editor of Free NK, Joo-Il Kim, about life in the hermit state

North Korea is the nearest mankind has come to an Orwellian state. As the UN’s report into human rights abuses in the country so graphically confirmed, the majority of the population endure starvation and live with the threat of the gulag and public execution while the elite, led by the young despot Kim Jong-un, bask in material plenty.

It is a world away from New Malden where Joo-Il Kim, a 41-year-old army captain turned human rights activist, now lives. Having defected from his homeland in 2005, Kim is now the founder of Free NK, a new pro-democracy newspaper committed to exposing the excesses of the North Korean regime.

“Residents of North Korea do not know what is going on inside their country,” explains Kim through my translator, when we meet at Free NK’s HQ on the Wyvern Industrial Estate. “It is also difficult for North Koreans outside the country to know what’s happening inside. These are the main reasons we launched the paper – to inform.”

Free NK is still in its infancy, but it already has the support of key human rights groups and there are plans to smuggle editions into North Korea.

“The most important thing is finance,” explains Kim. “Once that is secured, we intend to employ people in North Korea to take the newspaper in. There are many North Koreans by the Yalu River who are not technically defectors. By including them we can create a route from China. We will also use balloons to deliver newspapers from the Demilitarized Zone between North and South Korea.”

Such clandestine activity embraces all the elements of a best-selling spy thriller. But the country’s appalling conditions, and the risks involved in a smuggling operation such as this, are all too real.

Grandson of the Republic’s founder, Kim Il-sung, and son of the recently deceased Kim Jong-il, the premier Kim Jong-un assumed power in 2012. Yet this fresh face has not ushered in a new beginning.

“Within North Korea there have not been any significant breaks with the past,” sighs Kim. “As Kim Jong-un had studied in Europe, some believed that he would have a more open-minded approach than his father and grandfather before him.”

Such optimism was quickly dashed, however, as the engines of the nation’s long mothballed nuclear facilities spluttered back into life. Soon global headlines shrieked of imminent nuclear strikes on South Korean and American cities, although Kim remains unconvinced that any such threat could actually be carried out.

“North Korea is not in a position to develop nuclear weapons because of the condition of its economy. But growing up, Kim Jong-un was taught that if he did not possess nuclear weapons, America and other strong countries with military force would steal his power. As long as the power does not change, North Korea will not give up nuclear weapons.”

More recently we heard news of internal trauma, notably Kim Jong-un’s execution of his own uncle, the would-be reformist Jang Song-thaek. Accounts of the method vary, the most disturbing version being that he was killed by starving dogs.

“North Korea is a barricaded country, and while Kim Il-sung and Kim Jong-il were in power there were countless executions. What makes this one so significant and even more shocking is that they were related. This was a shock even to us as outsiders, but it was also a big shock to residents in North Korea.”

With such unimaginable brutality occurring, it is hard to imagine a Westerner calling the North Korean leader a friend, let alone singing him a cringe-inducing rendition of Happy Birthday. American basketball veteran Dennis Rodman, however, did both, to the incredulity of the world’s media – and Kim.

“I’m very against Rodman visiting North Korea,” he says. “Rodman’s visit was misguided and wrong and he is a bad person. It all went according to plan for the North Korean elite. It suggested to the North Korean people that outsiders also respect Kim Jong-un.”

Kim knows only too well what it is like to be deceived by official propaganda.

“When someone is raised in North Korea, they are educated without any clue of the outside world. Their mind is paralysed. As a student I learned about being a soldier and serving the country for its people. But when I went into the army, it was totally different to how it was written in textbooks. Seeing the reality tested my idea of life and I started doubting. Were the country and the society really for the people?

“While experiencing these doubts I became a captain. It wasn’t until then that I got to travel around North Korea. It was then I finally knew that the society was not for the people, that there were problems that I desired to understand.”

The story of Kim’s escape from North Korea across the Tumen River into China is as remarkable as it is audacious.

“I couldn’t escape during the day as there were many soldiers hiding by the borderline, so I decided to escape during the night when I’d be less visible. The Tumen River is narrower in places and there were about 50 metres between the borderlines. The first 10 metres were covered with stones where the water had receded, so I had to tread carefully in case I made a sound that would attract the soldiers’ attention.

“As it was monsoon season, the level of the water had dramatically risen and it was almost impossible to cross. I took off my uniform and tied up the sleeves to form an inflatable tube. I then slowly crossed the river. It took me three hours.”

Those who dare to escape risk not only their own lives, but also those of relatives left behind. Sadness suffuses Kim’s face as he offers his rationale for exposing his loved ones to possible harm.

“Many people ask about my family and their situation. My family are safe at the moment in my hometown, but if they wanted to travel or even go out of the house, they would be under the watchful eye of security personnel. Of course I worry. That is why it took me a long time to decide to defect. The moment at which I set my resolve was when I thought: ‘If I keep on living in North Korea, the society will not change. If there are sacrifices to be made, I should not be afraid but have the courage to win.’”

Of course, crossing the river into China was just the start of Kim’s journey to freedom. As North Korea’s only ally and a major trading partner, China is obliged to return defectors.

“When I arrived in China, I could not move around freely, as I was still in my military uniform. I had to hide in the mountains during the day and in the evening I would move out to find help.

“From research I found that if I went to America or South Korea there was a high chance of my family being murdered, as these two countries are the enemy. However in Europe, especially the UK, they have a slightly friendlier approach to North Korea. So it would be less likely for my family to be killed or jailed. Also, I was inclined to settle in the UK because it is a democracy, and I want this system to be a benchmark for North Korea.”

Eventually, after a tortuous eternity on the wing, Kim reached the UK in 2007 and was granted asylum. He gravitated towards New Malden, home to some 20,000 North and South Koreans.

“I found there was a ‘Korean town’ in New Malden and chose to settle here. At first it was an informal community of North Koreans living abroad, and from this we started to think about ways we could help North Korea and the people.”

Kim has since started a family and built a good life here. Yet he remains firmly committed to bringing change to his native land, convinced that there will be a shift in the status quo.

“North Korea is in the third generation of the dynasty. However, in my view, it will be difficult for them to move on to the next, because of the efforts of the international community and by people defecting from North Korea. When all of these efforts synthesise, I reckon North Korea will surely change.”

Once North Koreans read Free NK and learn about the world beyond the river, perhaps they will.