Progressives shouldn't be running scared of UKIP. There are left-wing answers to the questions posed by the party, writes James Bloodworth. 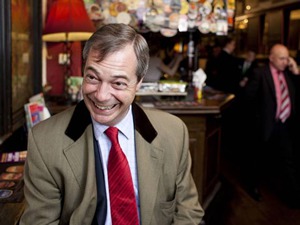 Progressives shouldn’t be running scared of UKIP. There are left-wing answers to the questions posed by the party, writes James Bloodworth

Everyone seems to have a theory as to how the left can defeat UKIP. For some it means robustly calling out the party as ‘racist’; for others it means treading more gently and highlighting the economic benefits of European integration.

For UKIP’s growing base of support, the reasons for the party’s recent surge in the polls are obvious: voters are fed up with the identikit ‘political class’ and want politicians to drastically reduce immigration and pull Britain out of the EU. The solutions therefore are obvious: stick two fingers up to Brussels and pull up the drawbridge on fortress Britain.

But aren’t there perhaps some progressive answers to the questions posed by UKIP? I think so, and without pandering to the regressive instincts of die-hard Kippers there are some areas where UKIP is currently getting an easy rise through a fear many progressives  have of confronting the party on its own turf.

Indeed, UKIP is being allowed to position itself as the only party that’s willing to talk openly about a whole range of issues that worry voters. This is dangerous. It’s also misguided, for on a number of the areas where UKIP is currently allowed to hold sway the left actually has some powerful arguments it could use to push back against Farage’s toxic fearmongering.

Most lefties will know the stats almost of by heart by now: migrants from the EU make a substantial contribution to public finances in Britain and are far less likely to claim out-of-work benefits than working age UK nationals. That said, the effect of immigration on a person’s wage packet depends largely on where they sit on the income scale: on average low-wage workers lose out while medium and high-paid workers gain according to the respected Migration Observatory.

Over the long-term the negative effects on employment and wages tend to be mitigated by growth; but in the meantime it’s important to address the plight of unskilled British workers who are worried about the effect immigration could have on their prospects of work. This means recognising that the immigration experience differs across the social classes. It also means we must…

Understand the importance of trade unionism

Following on from my first point, it’s absolutely vital that we recognise the important role trade unions can play in assuaging some of the fears people have about immigration. After all, anyone with any kind of socialist or social democratic background ought to understand why employers might happily opt for Eastern European workers over their British counterparts. British workers have higher wage expectations, a better understanding of their rights at work and are more likely to seek out trade union representation than migrant workers.

Rather than trying to force British workers to compete in a race to the bottom with migrant workers, the left should see its primary task as to unionise migrant workers and educate them as per their rights at work. In an economic sense, a British worker has far more in common with an Eastern European worker than he does with his employer after all.

Recognise that integration is not a dirty word

In embracing the best of multiculturalism too often progressives ignore the potential challenges that come with it. A community of people from different backgrounds sharing values and broadening each other’s cultural experiences is what multiculturalism should be; an assortment of isolated communities that barely interact with each other is actually monoculturalism, and isn’t a cause for celebration.

Too often when a politician calls for migrants to learn English they are accused of pandering to anti-immigration sentiment. And often they are. But that doesn’t mean there isn’t a progressive case for migrants to do the things that will help them to become full members of British society. Socialism ultimately starts at the community level, and progressives shouldn’t allow demagogues like Nigel Farage play on public concerns about integration (or a lack of it). The left should have its own answers as to how we create a sense of community in the places where the level of immigration is high.