We need to talk about our rights as members of the public rather than letting corporations define them, writes Matt Hawkins. 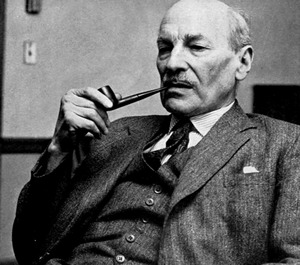 We need to talk about our rights as members of the public rather than letting corporations define them, writes Matt Hawkins

What did Aristotle, Thomas Hobbes, Jean-Jacques Rousseau, Thomas Paine, and Tony Benn all have in common? Queue the worst punchline ever: they all believed that government was bound by a ‘social contract’ to act for and in the interests of its citizens (you were warned).

Whilst pre-contract society was lawless and, according to Hobbes, “solitary, poor, nasty, brutish, and short”, the social contract – signed between the public and the government – was meant to guarantee protection by the state and a decent standard of living for all.

Today Britain can feel more like the lawless society described by these political thinkers than the mature state that was supposed to have evolved in its wake. Life might not yet be ‘short’, but for many it can certainly feel solitary, poor, nasty and brutish.

If the government’s heartless approach to reforming the Disability Living Allowance and toughening welfare conditionality is anything to go by, it seems that you have to be perpetually superhuman – never unwell and never out of work – in order to be entitled to even a basic level of income.

Never-mind the fact that individuals can hardly be blamed when every new job attracts enough applicants to fill a small Hampshire village or working all the hours that Iain Duncan Smith demands still doesn’t bring home enough money to pay the bills.

The reason we no longer have a right to a job or decent welfare support when we’re out of work is, quite simply, because making such guarantees would clash with the corporate giants that have come to hold huge political influence.

As Naomi Klein documented in her book No Logo, while a burgeoning number of employees was once seen as the hallmark of a successful business, cutting jobs and slashing wages are the new gold standard that help companies to drive up ‘efficiency’. Jobs that once provided stable incomes in the UK are being packaged off to economic enterprise zones in Asia where it is easier to pay cripplingly low wages and undercut workers’ basic rights.

Whilst UKIP likes to blame migrant workers for UK job losses – goading the un(der)employed by shouting ‘fight, fight, fight’ as if they’re in a school playground – they should really be pointing the finger at the corporate monoliths that have outsourced all their jobs (and then outsourced them some more).

The fierce competition for jobs created by the recession, combined with the withering of state support, has created fertile ground for the increased exploitation of workers back home in Britain as well. As Klein stated, “offering employment – the steady kind, with benefits, holiday pay, a measure of security and maybe even union representation – has fallen out of fashion”.

One only needs to look at the growing queues at Britain’s food-banks or the rise in zero-hour contracts for evidence of this worrying trend. When the Liberal Democrat MP Jeremy Browne argues that the UK government should make winning the ‘global race‘ its top priority, I wonder if he’s considered what the social impact might be of such a race to the bottom.

So far it seems to mean the end of public investment and a drive towards higher GDP no matter what the cost.

The result is that the social contract has become an incredibly one-sided affair. UK workers’ pay their taxes (when they can get a job) but the government doesn’t use those funds on the kind of services – welfare, benefits, local councils – that go the furthest in helping to support the public. Instead they’ve taken a hacksaw to the welfare safety net in order to balance out the deficit being left by the unpaid taxes of Google, Amazon, and Starbucks.

Somehow we need to find a way to re-negotiate our social contract with the government. We need to talk once again about our rights as members of the public rather than letting corporate bullies define our rights (and the “national interest”) on our behalf.

This can start at the ballot box by ensuring we vote for those parties that we believe have our interests at heart. It can continue with the questions we ask our politicians and the expectations we place upon them.

It’s time to remind our political leaders what their duties are and who they are responsible to before they rip-up the social contract altogether.

9 Responses to “The coalition is slowly terminating the social contract”