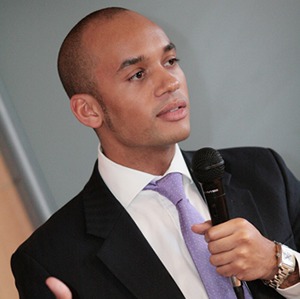 This is significant because Lib Dem energy secretary Ed Davey explicitly excluded making such a commitment when he ruled out other types of financial support for overseas coal projects in November last year.

The government’s statement in November said:

“UK Export Finance (UKEF) is not presently legally able to discriminate between classes or types of exports.”

That was despite the statement in the 2010 coalition agreement saying:

“We will ensure that UK Trade and Investment and the Export Credits Guarantee Department become champions for British companies that develop and export innovative green technologies around the world, instead of supporting investment in dirty fossil-fuel energy production.”

Davey’s announcement put the UK out of step with international best practise on environmental standards for export finance schemes.

In December 2013 – in one of his most significant international interventions on climate change – President Obama ordered the United States Export Import Bank to prohibit financial support for dirty coal projects in developing countries. America’s new guidelines require the use of Carbon Capture and Storage (CCS) in most countries in order to secure Bank financing for coal-fired power plants but will provide flexibility for the Bank with respect to the important energy needs of the poorest countries in the world.

“America cannot do this alone. I strongly support the Administration’s efforts to build an international consensus such that other nations follow our lead in restricting financing of new coal-fired power plants.”

In July 2013 the World Bank, and also the European Investment Bank announced new carbon pollution standards to be applied to all fossil fuel generation projects that it considers supporting. A provision of the new standard states that new and refurbished coal-fired power plants will be ineligible for funding unless they emit less than 550 grams of carbon dioxide per kilowatt-hour.

Vince Cable’s department was just last month consulting on legislative reforms to the UK Export Finance scheme meaning any legal obstacles that had prevented the coalition from following international best practise on overseas coal support could be rectified as early as this year.

Ummuna’s statement last night puts pressure the coalition to act on this issue. It signals that a change to the UK rules could take place if there was a change of government next year. This would send an important international signal at a time when climate change is swiftly moving back up the global diplomatic agenda.