People want a greater say when it comes to public services, according to most polling. Here's how Ed Miliband can start to give it to them. 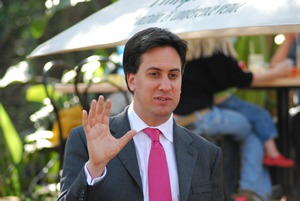 People want a greater say when it comes to public services, according to most polling. Cat Hobbs looks at how Ed Miliband can start to give it to them

David Axelrod, Obama’s campaign manager and now Ed Miliband’s election advisor, has described his new client as someone who takes on “powerful interests” and speaks up for the majority. When it comes to public services, however, this has yet to be proven.

In his Hugo Young speech in February, Miliband gave an outline of Labour’s policy with a new call for “people-powered public services”. Mentioning schools, the NHS and local government, he called for individuals to have access to information held about them and the chance to link up with support networks.

Shortly afterward, Jon Cruddas spoke to the New Local Government Network about enabling people to help shape delivery of the services they use through co-production and community budgeting.

And yet, especially in the context of cuts and privatisation, many people want a real say over the meaty, political issues of transparency, accountability, value for money and ownership – both locally and nationally.

So how could Ed devolve power to the people when it comes to public services? Here are five places to start.

In recent months, everyone from the CBI to the Public Accounts Committee have called for more transparency in outsourcing contracts. Labour has started to recognise this as an issue – Sadiq Khan’s commitment to FOI for private companies running public services was welcome – but it needs to go further.

We say don’t keep us in the dark – let us know what contracts are being agreed in our name, how the decision was made and how well the provider is doing. 88 per cent of the public believe that private companies should share as much financial and performance data as the public sector.

2) Give people a say

As Miliband said “Unaccountable concentrations of power wherever we find them don’t serve the public interest.” Yet the commitment of politicians to the idea of private sector ‘efficiency’ has led to a huge transfer of power and money into private hands.

How about a promise from Labour to consult the public before privatising or outsourcing any more of our services? 79 per cent of the public want to see this happen. We welcome Jon Trickett’s commitment to a ‘right to recall’ private companies who do a bad job.

3) Give people value for money

We taxpayers spent £4 billion on Atos, Capita, G4S and Serco last year, yet the Public Accounts Committee recently criticised the government for failing to achieve value for money in outsourcing. Margaret Hodge said “Departments have a duty to ensure that the taxpayer is not being ripped off and that people, not profit, remain at the heart of our public services”.

Meanwhile, it was revealed last week that publicly-run East Coast has made £16 million for the government.

Labour should require local and national government to consider public ownership before contracting out, and put forward a realistic, thorough in-house bid if they do (supported by 80 per cent of the public). No more handing our money over to wasteful multinationals without looking at the alternatives.

Individuals must come first in public service delivery, and that means giving everyone the care they need. Labour’s movers and shakers continue to insist that it doesn’t matter who delivers public services.

5) Give people what belongs to them

Giving people power means giving them a say over the decisions that are made in their name. As Miliband said in his Hugo Young speech, “we live in an age where people’s deference to experts is dramatically waning and their expectations are growing ever higher about having their say”.

So come on Ed, let’s go beyond giving individuals access to their records. Commit to a Public Service Users Bill as a first step, to show that you’re serious about giving people the power.

Cat Hobbs is the director of We Own It