Jesus’ instruction to love thy neighbour is the opposite of a politically convenient message, writes Simon Ravenscroft. 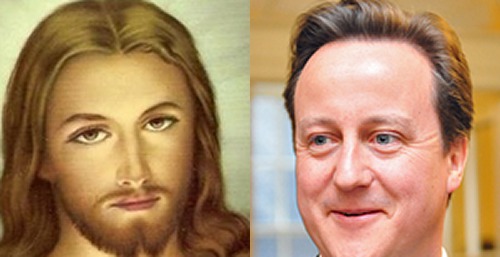 Jesus’ instruction to love thy neighbour is the opposite of a politically convenient message, writes Simon Ravenscroft

It’s coming up to Easter and David Cameron is out playing his Christian card again. As usual, it seems a little disingenuous.

I find it difficult these days, given events like ‘Beer-and-Bingo-gate’, not to imagine the inner workings of political parties as near identical to what you see in The Thick of It.

Presumably Cameron and his aides have had a little chat and realised that around this time of year small ‘c’ conservatives are thinking a little more about Christianity than they ordinarily would. And they’ve decided, as they do most years, that it might be a good idea to reinforce their leader’s claims to being a man of religious depth.

Speaking as a Christian and a student of religion who disagrees profoundly with the spirit of Cameron’s premiership so far, I have some serious theological problems with what he’s had to say.

Of course, Cameron’s right that religion can ‘help people to have a moral code’. He’s probably also right that non-believers and hardline secularists may underestimate the importance of this for the health of society (though some would inevitably also say that it is precisely this ‘moral code’ that is the problem).

One of the places where Cameron has pointed people this Easter for Christianity’s ‘moral code’, though, is Jesus instruction to ‘love thy neighbour’. And here he is a little… weak.

In the Gospels, this command is tied up with the parable of the Good Samaritan, which Jesus told in response to a lawmaker who asked him to define what he meant by ‘neighbour?’. In the parable, Jesus tells the story of a Jew who is set upon by robbers and left bleeding and half-dead at the side of the road.

Two religious men, a Priest and a Levite, walking along the road see the injured man but don’t stop to help, instead passing by ‘on the other side’. Then a Samaritan walks past, and moved by the sight of the suffering man stops, tends to his wounds, takes him to an inn and pays for his continued care and lodgings.

Jesus then asks the lawmaker, ‘who of these three is the man’s neighbour?’, and the lawmaker replies, ‘the one who had mercy on him’.

From a contemporary perspective, this can seem as little more than a pleasant little story about the need to help strangers who are in need. In an ancient context, however, it was rather more controversial.

This is because at the time Jews and Samaritans generally hated each other. Samaritans were seen as something like a second-class of people by the Jewish authorities, and were not particularly welcome in Jewish society as a whole.

By forcing the Jewish lawmaker to see the Samaritan – rather than the Priest or Levite – as the injured Jew’s neighbour, Jesus (a Jew himself of course) was turning upside down these racial and religious prejudices in quite a radical way.

Given this, there is nothing particularly safe or ‘middle-England polite’ about Jesus’ command to ‘love thy neighbour’, since it went hand-in-hand with a definition of ‘neighbour’ which was culturally subversive, centred on those whom we might be complicit in oppressing.

As much as Jesus might be setting up a ‘moral code’ here, even more than that he is challenging the dominant moralities of his day. And it is for this kind of reason that he was seen as enough of a political troublemaker ultimately to be crucified on Good Friday.

We can think of some contemporary equivalents of the parable which might help to remind us of its actual point:

“Wanting to justify himself, Jesus is asked by Nigel Farage, ‘who is my neighbour?’. Jesus replies with a parable, ‘An English country gentleman is set upon by muggers, beaten up, robbed and left in an alley. Two Englishmen, a vicar and a city banker, see him but pass by on the other side of the street pretending to be on their phones.

‘Then, a scruffily dressed Romanian immigrant with broken English and a young child walks past. Moved by the sight of the injured man, she stops, wipes the blood from his face with her handkerchief and takes him to the nearest hospital. She buys him coffee, and waits with him until his family arrive.’

‘Which of these three is the man’s neighbour, Mr. Farage?’ Jesus asked. Mr. Farage replied, ‘the one who had mercy on him’.”

Or another, “Wanting to justify himself, Jesus is asked by a junior Treasury minister, ‘who is my neighbour?’. Jesus replies, ‘A young Conservative policy analyst is attacked by a gang of youths and left with a broken leg in a London park. A digital entrepreneur and a successful middle-manager both see the assault but prefer to carry on to their meetings, for which they are already late.’

‘Then, an unemployed 35-year old single father from the nearby council estate sees the man, and upset by his injuries helps him back to his flat and cares for him as best he can until an ambulance arrives. ‘

‘Which of these three is the man’s neighbour, junior minister?’ Jesus asks. He replies, ‘the one who had mercy on him’.”

Cameron’s contemporary use of Christianity as a way of adding an extra feather to his political cap is, frankly, a million miles from this sort of thing. It is a safe, domesticated, and rather parochial version of what we find in the Gospels.

It fails to recognise that, just as Jesus himself was despised and ultimately killed by the political and religious authorities, his teaching often drew most attention to those who polite society ignored or rejected: the poor, the sick (such as those with leprosy, who were considered ‘unclean’), women, the racially inferior (such as Samaritans), and even Roman tax collectors (perhaps the equivalent of today’s investment bankers, just in case the Left think they can avoid the challenge).

I find it difficult to see how David Cameron appreciates any of this, or if he’s really asked the question of who his neighbour might be. Certainly, if he did, and if it answered in line with the original message, maybe he wouldn’t be so brash about associating himself – and by extension his politics – with it.

Simon Ravenscroft is a PhD student at Cambridge University, working on the social theory of Ivan Illich

42 Responses to “Cameron’s Christianity is sanitised and shallow”