Have we really witnessed a dramatic fall in violent crime because young people have stopped binge drinking? asks James Bloodworth. 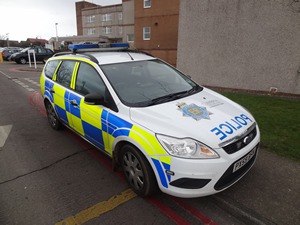 Have we really witnessed a dramatic fall in violent crime because young people have stopped binge drinking? asks James Bloodworth

The Times leads today with the splash that there has been a “shock drop in violent crime” in the UK. The story is based on the news that, between 2012 and 2013, there was a 12 per cent drop in the number of victims of violent crime.

According to data from almost a third of emergency departments, 235,000 people were treated following a violent attack in 2013 – 32,800 fewer than in the previous year.

The drop has been attributed to falling alcohol consumption and a reduction in binge drinking – itself attributed to the rising cost of alcohol.

“For people most prone to involvement in violence, those aged 18-30, falls in disposable income are probably an important factor,” he added.

No doubt supporters of a minimum price for alcohol will feel some sense of vindication today. 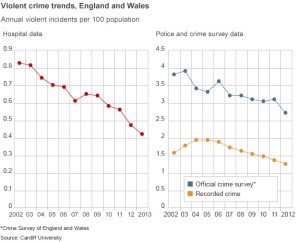 But the trend goes back even further. According to the Office for National Statistics (ONS), violent crime has been falling since at least 1995 – almost two decades ago. 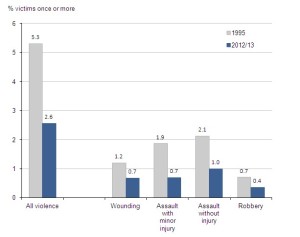 The fall hasn’t been confined to the UK either, but appears to be occurring right across the West. 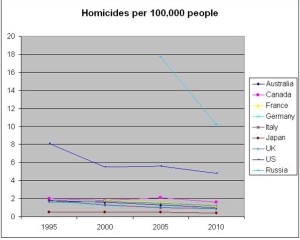 As for whether or not the fall has anything to do with binge drinking, contrary to popular mythology alcohol consumption among Britons has actually been decreasing for a number of years, and is not simply a recent phenomenon related to the recession.

Between 2005 and 2010 average weekly alcohol consumption per adult decreased by almost a third, from 14.3 units to 11.5 units. Adults aged over 45 were also three times more likely to drink alcohol every day than younger people, which hardly tallies with the idea trotted out by the media that alcohol is only a problem for young working class men.

In sum, there are a few things to consider when listening to today’s news about the drop in violent crime:

1) The fall in crime being reported today is not a “dramatic fall”, nor should it come as a shock.

2) Crime has been falling right across the West for a number of years, and there are several theories as to why.

3) ‘Binge drinking’, that favourite tabloid demon, probably has little to do with the fall in crime. Alcohol consumption has been falling in the UK since the mid-noughties, but crime levels have been in decline for a much longer period (see below BBC graph). 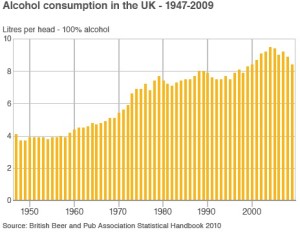 One Response to “Behind the headlines: Is it really a ‘shock’ drop in violent crime?”