We should be focusing on getting as many people to cast a ballot, whether by mail or in person. 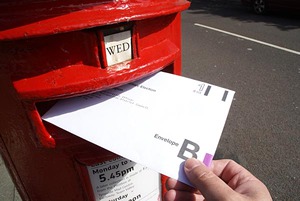 The BBC is tonight broadcasting a programme on postal vote fraud which contains a call from a high court judge to scrap ‘on-demand’ postal votes. This knee-jerk reaction to the problem of fraud represents a complete failure to understand the real voting scandal – which is that millions of eligible voters remain unregistered, and voter turnout in the UK is appallingly low.

The consequences of scrapping on-demand postal votes would almost certainly make these problems even worse than they are already.

Whilst electoral fraud must of course be taken seriously, focusing on a few instances of malpractice at the expense of the vast majority of genuine voters is a huge mistake. Efforts should be directed at improving registration and turnout, not creating new barriers. With so many people turning away from formal politics, this is not the time to create more obstacles to participation.

Richard Mawrey QC is wrong to say that postal voting has no impact on turnout. The Electoral Commission’s own research after the 2008 local elections found that well over half of all postal voters (58 per cent) felt the availability of postal voting encouraged them to vote.

Whilst turnouts under 50 per cent are hardly worth celebrating, a 15 per cent increase overall is a huge leap considering how appallingly low turnout was in the 2003 local elections (just 33 per cent in England overall).

In the painfully uninspiring Police and Crime Commissioner elections, postal votes accounted for 48.9 per cent of the vote, when only 16.1 per cent of the eligible electorate were issued with one. Without postal votes, one can only imagine how much worse turnout would have been.

One of the charges against postal votes is that they are used for convenience instead of need. But why shouldn’t voting be convenient? Electoral administration should work in the interests of the voter, and that surely means making voting easier and more convenient.

It won’t fix political disengagement, but it does help break down the barriers or ‘costs’ of voting, which encourages participation. Other innovations should be considered to improve the convenience of registration and turnout such as same day registration, US-style ‘motor-voter’ registration and allowing voters to vote anywhere in their constituency.

Postal votes evidently increase voter turnout. At a time when nearly half are ‘angry’ at politicians and only 41 per cent say they’re certain to vote, it is madness to take away people’s right to a postal vote. We should be focusing instead on getting as many people to cast a ballot, whether by mail or in person.

7 Responses to “The postal vote increases turnout – so why would we want to scrap it?”