Despite today's fall in unemployment, there are still causes for concern in the labour market. 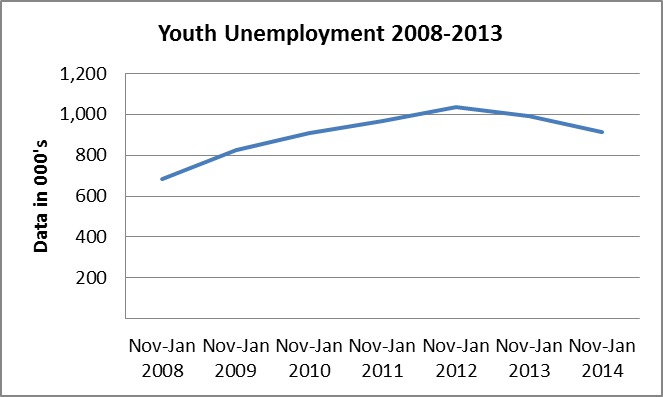 Today’s labour market figures continue the recent run of better news from the jobs markets. Unemployment fell by 63,000 over the quarter and the unemployment rate is down 0.2 per cent to 7.2 per cent. Employment increased by 105,000 to 30.19 million.

However there are still causes for concern.

Despite the rise in employment the number of employees actually fell by 60,000 in the most recent quarter. This was offset by rise in self employment of 211,000. Over the last year the number in self-employment has risen by 285,000, this represents 62 per cent of job creation over the year.

Since the onset of the recession, self employment has increased dramatically, in early 2008 13 per cent of all workers were self-employed; this now stands at 15 per cent, or one in seven workers.

While the number of employees fell sharply durning the downturn and has only just reached pre-recession levels, the story with self-employment has been very different.

The concern is that this sharp rise in self-employment could be masking the true extent of unemployment as people previously in work ‘go freelance’, start their own businesses or are forced into false self-employment, rather than sign on.

Earnings data have shown that the earnings of the self-employed are much lower than employees.

Average weekly earnings (total pay) rose at an annual rate of 1.4 per cent in January, this is up from 1.2 per cent in December. The squeeze on real wages continues but has slackened in recent months. This remains the longest continuous period of falling real wages since the 1870s. 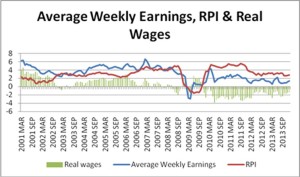 It is likely that real wages will begin to rise this year but it will take many years before they regain their previous peak.

Recent months have shown welcome signs of improvement in the labour market but now is not the time for complacency.