Why are senior SNP politicians so relaxed about appearing on RT (Russia Today)? 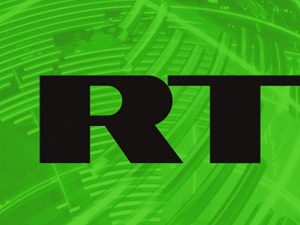 It isn’t hard to imagine how Russian President Vladimir Putin is feeling right now. His ally in Ukraine has been kicked out and as a consequence the country is expected to gravitate away from the Russian orbit and into the arms of the EU.

Until now Putin has been using Russian money to anchor Armenia, Kazakhstan, Belarus and Ukraine in a Russian-led bloc. However the jewel in the crown, Ukraine, now appears on the verge of breaking away from the Moscow line.

To say that Putin is displeased would be the understatement of the year. He is most likely indignant.

But Putin has been taking a two-pronged approach to the advancement of Russian interests. On the one hand this has involved the projection of power in places like Eastern Europe and Syria; but it has also meant undermining the West’s resolve in the face of unscrupulous Russian advancement.

Anyone who has ever tuned in to RT (Russia Today), the Kremlin’s propaganda channel, will understand perfectly well what I am talking about. RT is engaged in a wholesale misinformation campaign aimed at bolstering the prestige of the Russian Federation and discrediting enemies of the Russian state at home and abroad.

As I have previously written, Western commentators who appear on RT are unwittingly giving succour to a homophobic autocracy which behaves in a far more undemocratic and demagogic manner than our own government could ever dream.

That being so, one can understand RT’s enthusiasm for Scottish independence: the break-up of the United Kingdom would undeniably be in the Russian national interest. Russia fears the projection of Western power; and Britain is far greater than the sum of its parts when it comes to an international presence. Divide and conquer is not simply a worn-out cliché.

What is surprising is that the Scottish Nationalists are so keen to dance to the former KGB man’s tune. Why else would senior SNP figures choose so repeatedly appear on RT?

Here, for example, is Scottish first minister and SNP leader Alex Salmond doing a set piece interview with RT just last year (at a time when Putin was ramping up his government’s anti-gay rhetoric):

In a stunning piece of irony, Humza Yousaf likes to make a lot of noise about the UK’s human rights record. According to Yousaf, Scotland needs independence in order to expunge itself from the abuses perpetrated by the UK government. And yet he is happy to appear on RT!

Pete Wishart MP appears to think along similar lines. “With Independence, Scotland can make its own mark on the world, including the upholding of human rights,” he said in a recent interview.

What he did not disclose is that he has appeared on RT and – even worse – Press TV, the media wing of the Iranian theocracy.

The hypocrisy is breath-taking.

As Eric Lee recently noted, when RT describes itself as ‘news with an edge’ it literally means the edge of a Russian bayonet. The stories RT focuses on are “invariably ones in which the West, and in particular the USA, comes out looking bad”. When RT turns its attention closer to home the progressive mask drops, and is replaced by “the strident tone of late-Stalinist Soviet propaganda”.

In appearing on RT, the SNP are unwittingly endorsing the loathsome regime propaganda which appears alongside agreeable anti-coalition programming. They are also bolstering the foreign policy agenda of a government that is whipping up a tidal wave of prejudice against gay people and propping up Syrian dictator Bashar al Assad.

Russia is quite clearly lobbying for Scottish independence. The question is, why are the SNP so relaxed about dancing to the Kremlin’s tune? A Yes Scotland staffer watching RT at their HQ

81 Responses to “Why are the SNP so relaxed about dancing to the Kremlin’s tune?”