By slashing social security benefits the Tories therefore risk pushing some of the most vulnerable people in society back below the poverty line. 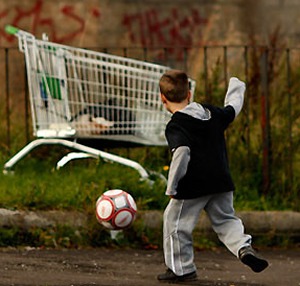 Katy Clark is Labour MP for North Ayrshire and Arran

Both motions are of vital importance as restricting the up-rating of benefits to pitiful amounts, in many case cutting them in real terms, has been one of the main ways in which the government has attempted to balance the books on the backs of the poor.

Shortly after taking office the coalition announced that it would be changing this to the Consumer Price Index (CPI). CPI does not take into account housing costs and almost always measures inflation lower than RPI. This has certainly been the case since 2010. In September 2010 RPI was 4.6 per cent followed by 5.6 per cent in 2011, 2.6 per cent in 2012 and 3.2 per cent last year. The equivalent figures for CPI were 3.1 per cent, 5.2 per cent, 2.2 per cent and 2.7 per cent.

The gap between the two figures have made a real difference to pensions and benefits.

David Cameron has made much of his decision to introduce a triple lock guarantee on the Basic State Pension – so much so that he has already pledged to retain it throughout the next Parliament should the Tories win the 2015 General Election. The guarantee ensures that the Basic State Pension will always rise in line with whichever is the higher of inflation, wages or 2.5 per cent.

The uncomfortable truth for the prime minister, however, is that as the introduction of the triple lock was introduced alongside the switch from RPI to CPI, the Basic State Pension increases in 2012 and 2013 Basic State Pension were both lower than they would have been under the old system of RPI up-rating, as will be the increase in 2014.

By 2015 the Basic State Pension will be £1.11 a week lower than it would have been had it been increased in line with RPI. Pensioners will be £106.60 worse off as a result.

The situation for benefits which are not protected by the triple-lock guarantee is even worse. Carers’ Allowance next year will be £1.69 per week lower than it would have been under RPI with carers’ £255.84 worse off by April 2015 as a result. Those receiving both the higher rate mobility and care components of Disability Living Allowance (DLA) will be £571.48 worse off by the same date.

In a way, however, carers’ and DLA recipients are lucky in that they are treated as ‘deserving poor’ under the coalition’s welfare reforms and still receive annual uplifts of their benefit in line with CPI inflation.

From April 2013 the coalition slashed the annual uplifts to a range of benefits even further increasing them by 1 per cent rather than CPI inflation, a real terms cut. Some disability benefits such as Carers’ Allowance and DLA are exempt from this 1 per cent cap, however Employment and Support Allowance (ESA), the primary income replacement benefit for disabled people, is not.

The government has exempt the higher rate care component, paid to the most severely disabled people, from the cap supposedly shielding the most vulnerable from the cap.

Unfortunately this is a deceptive sleight of hand. ESA is paid in two parts, a basic rate plus an additional component. While the additional component (£35.75) is exempt by the 1 per cent cap, the basic rate (£72.40) is not. Over 25s in receipt of care component of ESA will therefore be receiving £5.11 a week less than had it been increased in line with RPI.

These cuts really matter. Between 1997 and 2010 the Labour government’s reduced the percentage of people living in absolute poverty from 28 per cent to 15 per cent. 2.3 million children and 2 million pensioners were lifted out of poverty in that time. Research from the Institute for Fiscal Studies suggests that investment in the social security system was the primary factor behind this fall in poverty.

By slashing social security benefits the Tories therefore risk pushing some of the most vulnerable people in society back below the poverty line. We can’t allow this to happen and must fight these cuts which put at risk the fundamental principles behind our welfare state.

One Response to “By restricting the up-rating of benefits, the coalition is pushing vulnerable people into poverty”