The interests of the Tory party are very often diametrically opposed to those of most workers. However it would be a mistake to be complacent. 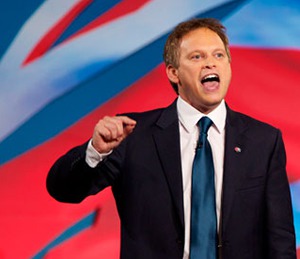 It is being reported that Tory party chairman Grant Shapps will stand alongside former PM Sir John Major and announce that the Tories are rebranding themselves as the party of the proletariat.

Speaking at the new Conservative campaign headquarters, Shapps will say: “The Conservatives are the Workers’ party and we are on your side.”

The instinctive thing to do at this point is laugh. The Tories have introduced a whole host of anti-worker policies since they came to office in 2010, including:

Since when have the Tories been interested in ‘the workers’?

From an economic standpoint, this is a fair question to ask. But focusing only on economics paints a rather distorted picture; for on a number of other issues there is scope for the Tory party to naturally pick up working class votes.

The main areas where this is apparent are welfare and immigration.

While we on the left are keen (rightly, in my view) to defend the benefits of immigration, for the working class migration is all too often interpreted as meaning stiffer competition for wages and the loss of the sense of community in the places where one grew up. As the authors of the 2012 British Social Attitudes survey put it:

This is reflected in the UKIP vote. The average UKIP voter is more likely to have finished education at 16 or under than voters of the three main parties and is less likely to be university-educated or have an income over £40,000.

Labour’s core voters are also the most enthusiastic proponents of welfare reform – almost half believe that if benefits are cut it will help people stand on their own two feet.

Welfare and immigration – natural Tory territory. What’s perhaps preventing the Tories from picking up more working class votes is the fact that people tend to vote on economic issues rather than cultural ones. But there is no guarantee that things will stay this way.

In the United States it is the Republican party which picks up a majority of white working class support, while the Democrats are increasingly considered the party of ethnic minorities and wealthy city liberals. There is no shame in that of course, but it’s a welcome reminder that the left should not take working class voters for granted.

The interests of the Tory party are very often diametrically opposed to those of most workers. Yet it would be a mistake to be complacent. Rightly or wrongly, the Tories are far more in tune with the working class than we are some of the really big issues.

12 Responses to “The Tories as the Workers’ party? Not as ridiculous as it sounds”