The outrage at the arrest of Moazzam Begg is misplaced. 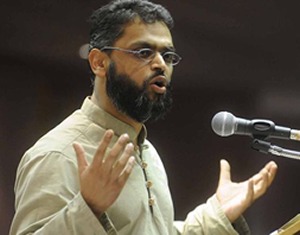 The announcement on Tuesday that the former Guantanamo Bay detainee Moazzam Begg had been arrested on terrorism charges has led to a predictable eruption of outrage from some.

Former Respect Party leader Salma Yaqoob has jumped to Begg’s defence, tweeting that people should “send [a] message to UK govt that arresting ppl like David Miranda & Moazzam will NOT silence dissent”.

Yaqoob was followed by filmmaker Andy Worthington, who claimed that Begg “has no track record of being a terrorist sympathiser”; while Socialist Worker has called for a national demonstration outside West Midlands Police Headquarters.

Meanwhile, on the more conspiratorial fringes of the internet, former ambassador to Uzbekistan Craig Murray has been busy comparing Begg to Mandela, and arguing that the arrest was designed to thwart his brave activism.

While support for Islamists from some on the fringe left is not uncommon, these particular statements neatly summarise several fallacies about Begg’s case, highlighting a number of deeply problematic positions that cannot be allowed to take hold if the left is to maintain credibility on security issues in future.

The most exasperating of these is the claim that Begg is a political dissident, harassed by the authorities for his criticism of their conduct of the War on Terror, and arrested to prevent his exposure of British complicity in torture. Given an independent judge-led enquiry has already taken place on this issue, and stated in December 2013 that “UK intelligence officers were aware of inappropriate interrogation techniques”, this claim is not a strong one.

It also ignores the significant evidence of Begg’s involvement with extremism, including links through his Maktabah Al-Ansaar bookshop to a convicted Groupe Islamique Armé (GIA) supporter identified as ‘D’. Someone who associated with extremists, “in particular Djamel Beghal, Abu Qatada…and Begg”, ‘D’ claimed in court that the stock at Begg’s bookshop “had been almost entirely jihad-related”, and used the fact he had attempted to expand topics covered in his defence.

While he has never been charged with any terrorist offences in the UK, Begg has admitted to being responsible for “small arms and mountain tactics” training in camps on the Afghan border, and to funding the Al-Qaeda-affiliated camp at Khalden.

However, despite this Begg’s supporters still refuse to countenance that he may have been involved in terrorist activity in Syria.

Instead, many including Yaqoob are further misrepresenting the situation by comparing it to the detention of David Miranda at Heathrow Airport in August 2013.

That this compares the opening of a criminal investigation into potential terrorist activity (which has included four arrests and the searching of three houses) to an unaccountable Schedule 7 stop is absurd, and also ignores the fact that Miranda was not actually arrested.

Instead, those making this argument clearly seek to link a case widely believed to have been an abuse of power by the police and security services, even if this was rejected by the High Court, to the entirely lawful and proportionate arrest of an individual believed by the authorities to have committed a crime.

It is this contempt for due process, including the demand from Begg’s supporters that he be released immediately, which is the most worrying of the positions taken by campaigners, suggesting they either don’t understand the legal system, or think it shouldn’t apply in Begg’s case.

Given CagePrisoner’s repeated demands for due process, it is very revealing that when that process begins against one of their members it is reflexively portrayed as unjust, and as a government conspiracy to criminalise Muslim charitable work and political activism.

While erroneous claims such as these should be expected from Begg’s Islamist supporters, the fact that they are being espoused by some on the left epitomises how many have lost their way on security and foreign policy issues. Anger at the way the government has attempted to challenge extremism and terrorism since 9/11 should not blind us into supporting deeply regressive causes, and we are at a dangerous point if Begg’s arrest is encouraging people to do so.

31 Responses to “No, Moazzam Begg is not David Miranda”