Misunderstanding the nature of this attack may result in politicians pushing through legislative change that would have disastrous consequences. 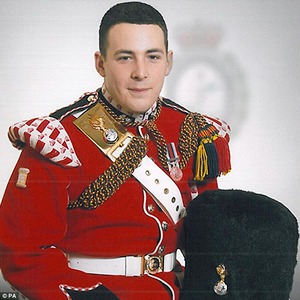 The murder of Drummer Lee Rigby on the streets of Woolwich on 22 May 2013 by Islamist extremists Michael Adebalajo and Michael Adebowale was the highest profile act of terrorism on British soil since the 7 July 2005 attacks on the London transport network.

The two men have today been sentenced at the Old Bailey and face a whole life term and a minimum of 45 years respectively.

Much of the analysis in the nine months since this horrendous attack has focused on the changing nature of the terrorism threat in the UK. The assumption has been that this was a lone wolf attack, an example of ‘leaderless jihad’, and has paradoxically been classified as a ‘lone wolf pack’ attack.

The implication of seeing this as a vigilante attack by a convert to Islam is that it represents a greater threat to the UK because it is unpredictable, it is impossible to monitor the intent of thousands of potential lone wolf attackers, and that we should no longer be worried about the shifty man on the tube wearing a backpack, but rather everyone is a suspect and everyone is a potential victim.

If we see things in these terms, Al Qaeda have done their job well, as there will be a general fear of the ‘enemy within’ and, after all, the aim of terrorists is to instil terror.

But this was not a lone wolf attack.

Michael Adebalajo was known to have been since 2003 an active member of Al Muhajiroun, a UK-based Islamist extremist organisation headed by Omar Bakri Mohammad and later by Anjem Choudary. He was arrested in Kenya and believed to have had plans to train with the Al Qaeda-affiliated Al Shabaab in Somalia. Adebalajo’s radicalisation did not happen in isolation. It was not simply a result of watching too many extremist videos on YouTube, from reading the Qur’an, nor from his political opposition to the Iraq War.

If it were indeed the result of those three things, and that is the logical conclusion of assuming this was a lone wolf attack, then it is a wonder that I am not contemplating the murder of a British soldier myself. Rest assured that despite my own exposure to similar YouTube videos, my personal opinions of the Iraq War and my spiritual exploration of the Qur’an have not once swayed my moral compass, and nor should it.

There are some tell-tale signs in what we know about Adebalajo that puts him very much in the same category as the 7/7 suicide bombers, the perpetrators of 9/11, or Abdul Waheed Majid, the man who became the first British suicide bomber in Syria earlier this month.

It is clear from Adebalajo’s comments in court and his video performance on the day of the attack that he believed his actions were a religious duty and this mistaken belief results from a narrow extremist interpretation of Islam. This is shown in his claim that “we are forced through the Qur’an…. that we must fight them as they fight us. An eye for an eye and a tooth for a tooth.” What is clear is that he took grievance with Western foreign policy, “Tell them to bring our troops back so you can all live in peace. Leave our lands and you will live in peace”.

It is similarly clear that he was fully invested in a narrative that his Islamist ideology seeks to legitimise, and that is used to explain the grievances that he feels – just notice his use of the words “in our lands our women have to see the same”.

It has been suggested that his drug use, his history with gangs and perhaps even his conversion to Islam following the death of his schoolfriend, led to him experiencing an identity crisis. It is also clear that charismatic recruiters have played a part, and there are few more effective at exploiting religion for political and violent means and exploiting the identity crisis of vulnerable youth than Bakri and Choudary.

To understand his journey from radicalisation to violent radicalisation, the socialisation aspect of extremist networks like Al Muhajiroun must also not be ignored – once all of these things are in place, angry young men egging each other on and feeding off each other’s passion for the cause is an important aspect of turning people to violence.

Likewise, a desperate sense that there are no alternative methods available is also essential – not voting, not peaceful protest, not a letter to his MP, but rather driving a car into an unarmed man and then attempting to behead him with a meat cleaver.

This was certainly shocking, but it was not a break from previous attacks – only the tactics were. Therefore it is important that a response to attacks such as this does not tackle the symptoms rather than the causes. Misunderstanding the nature of this attack may result in politicians pushing through legislative change, increasing surveillance powers, censoring the internet, or removing the human rights of those suspected of intending to commit acts of terrorism.

Such measures may unduly encourage members of the public to attack Islam, offer their support for legislative change that threaten civil liberties, or refuse to integrate with British Muslims.

All of these things would have disastrous consequences and would do more harm than good.

By seeing the Woolwich murder as a continuation of previous acts of violent Islamist terrorism, we will be better equipped to challenge the causes rather than the symptoms of such acts.

There are numerous ways that we can do this: we can engage with the Islamist ideology, differentiate between Islam and modern politicised extremist interpretations of the religion, and offer theological refutations of jihadism.

We can challenge the narrow Islamist extremist narrative that is used to justify acts of terrorism, and we can promote counter-narratives, or at least the actuality of pluralism (in terms of identity and of ways to view the world) – in short, replace bad ideas with better ones.

We can address the grievances, real or perceived, individual or collective, that many Islamists and non-Islamists feel and this must be done through a human rights lens and within the confines of the law, through debate and dialogue. We can engage with and help vulnerable people through identity crises by showing the absolute compatibility between being Muslim, British, of Nigerian heritage, an Arsenal supporter, LGBT, a soldier or any other aspects that are important to identity.

We should not give undue precedence to charismatic recruiters like Anjem Choudary in the mainstream media, and when they do appear, their interviewers can challenge them intellectually to expose the moral bankruptcy of their worldview.

We can challenge the groups and networks they run and we can engage with young Muslims, creating a safe space for important issues to be debated, re-enfranchise a key and growing demographic in Britain and improve community cohesion.

If all of this can be done before radicalisation, and at the very least before violent radicalisation, then we can ease pressure on the security services, prevent the alienation of the next generation of British Muslims and preserve the values on which the UK is built.

All of these solutions can be led by our civil society, but must be supported by our government and our media to be truly effective and to ensure there is a clear and consistent approach to countering extremism.