Last year only half of London NHS Trusts were able to ensure 95 per cent of patients attending A&Es were treated within four hours. 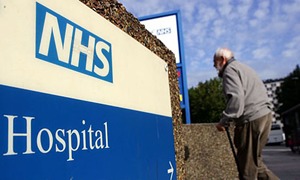 Each year, as leaves turn and the temperature falls, A&E departments across the country start gearing up for the annual extra burden that winter brings. Cold weather, seasonal conditions, slips and falls all contribute.

Last year only half of London NHS Trusts were able to ensure 95 per cent of patients attending A&Es were treated within four hours, half of the time. Over 200,000 Londoners experienced this delay.

Since November, official NHS figures have demonstrated the extent of the crisis:

In London, our vastly younger more mobile population don’t traditionally register with a GP. Neither do some migrant communities from countries without a history of good primary care.

The unattractive working conditions that A&E registrars and consultants experience is a key reason why locum spending in A&E’s has skyrocketed 60 per cent. In a new report I published yesterday, we demonstrate the pressures inadequate care for older people is having on our acute hospitals.

The Care Quality Commission (CQC) found recently that as many as 7.3 per cent of all admissions to hospital in London are avoidable. Too many older people with preventable problems like pressure sores, dehydration, malnutrition or urinary tract infections are turning up at A&E because of inadequate care. As many as 62,000 admissions to London hospitals could have been avoided.

Disputes between the NHS and local authorities over packages of care, the lack of residential home places, and something as simple as making an assessment of a patients future care needs, caused Londoners to spend at least 134,056 days in hospital longer than they needed to, after being cleared by doctors to move on.

And whilst the number of older people over the age 75 going through hospital and being discharged has risen in London by 37 per cent, the number of patients discharged back home or into the community has increased by 97 per cent. Almost 30,000 vulnerable older Londoners were readmitted to hospital in an emergency.

Last month new figures revealed that the number of adults receiving care in their home has dropped by 27 per cent overall from 1.3m in 2008 to 930,000 last year. This is indicative of the financial pressures local council’s face, with some estimates that if no new money or reforms can be secured, councils will simply run out of money by 2020.

‘Reconfiguring’ A&Es closed in these circumstances isn’t the answer, nor is it the answer to redefine existing A&Es out of their ability to accept blue-light ambulances, particularly when the complex differences between services at each hospital are difficult for doctors, let alone patients in an emergency.

After the introduction of the government’s £3.8bn ‘Better Care Fund’, the great hope was that this would be significant prime funding in order to rapidly increase the capacity of out-of-hospital services. However this is not new money, and accounts roughly for the cuts made by the government to Clinical Commission Group (CCG) operational budgets.

There are two very powerful arguments being played out between clinicians and managers. With one side arguing for service reconfiguration and residents genuinely concerned about cuts and closures to local services at a time of extreme pressure, the real answer lies in up-front investment in community care alongside financial and structural integration.

It will not be until we have achieved the whole-person approach to health and care services that we will be truly able to tackle the pressures inadequate care put on our A&E departments.