Any move now to increase interest rates might put the economic recovery at risk. 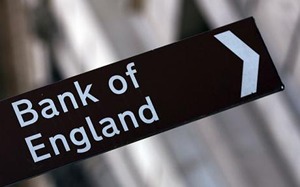 The Office for National Statistics (ONS) has published an extremely strong set of numbers this morning. Employment is increasing at a rapid pace and unemployment has fallen sharply.

For the next few months at least, the outlook is positive. Surveys show business confidence is high and suggest firms are looking to take on more workers. The overall number of vacancies is increasing.

The UK economy appears to have developed some positive momentum after two years of near stagnation. Employment growth is boosting incomes, which is allowing spending to increase, which in turn is leading to higher output growth and more employment.

With unemployment having fallen to 7.1 per cent, there will be speculation about an increase in interest rates. Mark Carney’s attempt to reassure markets that rates would not be going up for some time by issuing ‘forward guidance’ that unemployment would have to fall to 7 per cent before any move was considered is looking like a bad move  – unless he wants rates to go up in the first half of this year, which is doubtful.

Any move now to increase interest rates might put the economic recovery at risk. Forward guidance, by providing reassurance that interest rates will not rise, has been one of the factors that has given firms the confidence they need to step up hiring. Higher interest rates would risk strangling the recovery while unemployment is still well above its pre-recession level.

In any case, there is no evidence that falling unemployment is creating wage pressures. Today’s figures show average earnings are still increasing at an annual rate of less than 1 per cent. There is no need to increase interest rates while real earnings are falling for most workers.

It is also too early to be sure about the medium-term sustainability of the economic recovery. This is not the export and investment-led recovery that the chancellor promised us; it is built in large part on a renewed rise in household debt. The time to contemplate interest rate increases is when the economy is firing on all cylinders.