Last year Mo Farah was calling on the chancellor to crack down on tax avoidance. Now he want to be a tax exile. 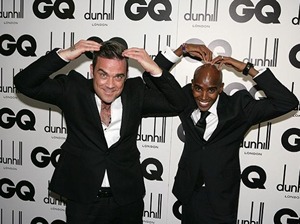 Alongside Jessica Ennis, Mo Farah is one of the most recognisable British athletes. Since he swept all before him at the 2012 London Olympics, he has won practically everything, and is the current 10,000 metres World and Olympic champion and 5,000 metres Olympic, World and European champion.

His popularity has been enhanced in no small part by his reputation as an all round nice guy.

I don’t know Mr Farah personally, therefore it would be odd to say that I ‘liked’ him. I certainly admire his achievements, though; and he went up in my estimation on a personal level early last year, when he called on chancellor George Osborne to clampdown on tax dodgers. As London loves Business reported:

“Robbie Williams and Mo Farah have called on George Osborne to clamp down on tax dodging firms.

“The stars have thrown their weight behind the ‘Enough Food for Everyone IF campaign’ that beckons global firms to pay their taxes in the world’s poorest countries.”

How disappointing, then, to read this week that Farah, one of the wealthiest track athletes in the world, has applied to become a tax exile in Portland, Oregon. According to the magazine Runner’s World:

“Mo Farah, who won Olympic 5000- and 10,000-meter titles in front of hometown crowds at the 2012 London Games, has applied to be a tax exile from the United Kingdom of Great Britain and Northern Ireland.

“Farah now lists Portland, Oregon as his main place of residence; it’s where he’s been part of the Oregon Project, coached by Alberto Salazar, since 2011. He also spends part of each winter training in Kenya.”

Farah already spends time in Oregon as part of the Oregon Project, a programme aimed at developing the best distance runners in the world, and has now reportedly submitted a non-residency application to HMRC.

An extraordinary move for someone who claims to be all about “making the country proud”. According to the Daily Record, Farah is expected to make as much as £10 million in the next few years.

The hypocrisy of the super-rich is nothing new of course. What’s so disappointing is that Mo Farah, who only 10 months ago was standing on a soapbox calling on the chancellor to tackle tax dodging, now appears to be trying to minimise his own tax bill – at the expense of the rest of the UK’s taxpayers. It is, after all, tax which pays for things like the NHS; and all of us who lose out when services are starved of money.

If you are desperate to reduce your own tax bill, perhaps don’t moralise about other people’s tax affairs, even if you are an Olympic champion.

35 Responses to “Mo Farah: from lefty hero to tax exile in 10 short months”