Stoking up anti-EU sentiment may be popular with the right-wing press, but it creates uncertainty around jobs and investment. 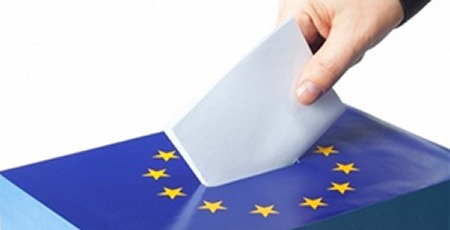 This week’s statement by Stephen Odell, head of Ford Europe, warning of the possible adverse economic consequences that could follow if the UK chose to exit the European Union, is yet another shot across the bows of the increasingly hostile anti-EU stance being taking by the Tories.

Odell told the Daily Telegraph that, in the event of a future UK exit from Europe, Ford would have to re-evaluate its operations in Britain.

“Clearly we wouldn’t be alone in doing that. Would it mean tariffs? Would it mean duties? We’d take a look at what it meant,” Odell said.

“I would strongly advise against leaving the EU for business purposes, and for employment purposes in the UK.”

Ford employs over 8,500 workers directly in the UK at its engine plants in the North West, South Wales, Dagenham, in R&D in the South East and in warehousing in the Midlands.

“Obviously it’s going to be a major factor happening and we are going to need to consider what does it mean for us for the future. If anything has to change we (would) need to reconsider our strategy and our investments for the future.”

The Automotive Council UK, which has helped with the success of the UK automotive sector, has stated that they “believe that the UK’s active membership of the EU is an essential factor in the automotive industry’s current and future success”.

These ‘up-front comments’ are just the tip of the iceberg. The ‘Brexit’ debate is being stoked up by Cameron and Osborne in response to hard-line Eurosceptics who keep coming back for more. As Janan Ganesh commented in the Financial Times this week:

“[the Eurosceptics]….did what they always do: win a concession they pretend is ‘final’ before coming back for more. Backbenchers who said the referendum speech would satiate them have since hounded Mr Cameron to “guarantee” it takes place in the next parliament by legislating for it in this one.”

The main aim of the hard-line Eurosceptics is to leave the EU no matter what in the belief that all will be fine and it won’t matter in terms of jobs.

The reality is that manufacturers and employers tell Unite they are alarmed at the debate and the antics of the Tories.

They will not say so upfront – for the time being. However, in dealing with companies in manufacturing, including those driving the economy and on whom any economic recovery depends and who employ thousands of highly skilled workers, Unite is aware of their concerns – and the concerns of our members working in these companies.

Stoking up anti-EU sentiment may be popular with the right-wing press, but it creates uncertainty around jobs and investment.

In Unite’s strategy for Manufacturing ‘Made In Britain’, we make the point that trade with the European Union contributes directly to over 3 million jobs in the UK – the EU is still one of the major trading partners for UK businesses.

Trade in goods between EU Member States was valued at €131 million in 2011. Unite believes leaving the EU would put thousands of manufacturing jobs and companies at risk, damage our exports to Europe and the wider global market and damage inward investment in UK manufacturing.

Isolation from the EU for Unite members working in manufacturing is unthinkable.