Our criminal process should not be premised upon the idea that, if someone is well off enough to pay for a lawyer, they deserve a higher standard of care. 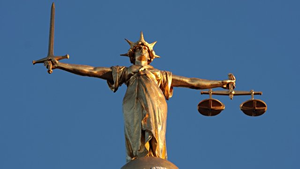 With little regard for the Human Rights Act, justice secretary Chris Grayling is keen to put into practice significant changes to the funding of criminal defence lawyers, following the recent closure of the Transforming Legal Aid consultation.

Grayling is best summed up by the Guardian’s Joshua Rozenberg as: “a man who knows the price of everything and the value of nothing”. That characterisation was never truer than in the case of these cuts. The headline is the swingeing 17.5 per cent reduction in lawyers’ fees. The Ministry of Justice estimate this will save some £220million from the legal aid budget.

The government love to trumpet such flagship savings but, more interesting than the overall fee cut, is the system of perverse financial incentives that will concurrently be put into place by these changes.

For example, a simple guilty plea in the Magistrates’ Court, such as common assault, will earn lawyers a 17 per cent pay rise, while a client pleading guilty to a standard actual bodily harm in Crown Court can provide their lawyer with a 20 per cent fee increase.

In clear terms then, lawyers will be given financial encouragement to persuade clients to plead guilty early. The lawyers will lose money if cases go to trial. This is an active incentive for lawyers to push clients towards guilty pleas, whether or not the client claims innocence.

Making a mockery of our adversarial system and the right to a fair trial, casting aside those citizens suspected or accused of crime in this manner challenges some of the basic tenets of our democracy.

The lawyers’ representative body, the Law Society, agreed to these cuts as the least worst option, preferable to reverse auction tendering or ending defendant choice of law firms. Member lawyers, though, are up in arms about the damage this will do to the profession and how it will debase their practice.

In defending their stance, The Law Society is falling into the government trap of accepting ideological austerity as an economic necessity. Austerity only serves the capitalist economy, shifting the cost of capitalist crises onto ordinary working people by cutting the social security safety net government should be obliged to provide those who elected them and pay their wages.

In considering the legal aid debate, it is important to acknowledge that criminal defence lawyers represent a privileged professional class with a wage large swaths of society could only dream about.

All the same, lawyers in criminal legal aid earn markedly less than their colleagues in commercial law – for example, a group of leading silks claim an average wage of £35-40 per hour as opposed to partners in Magic Circle firms earning up to £850 per hour.

Commercial lawyers grease the wheels of big business and, of course, this has significance in terms of the trickle down from investment and employment opportunities.

However, as the banking crisis has reaffirmed, capitalist entities are inherently self-serving; no matter what George Osborne might want us to believe, successful businesses do not necessarily lead to a fairer society. That can only be achieved by a state that properly serves its citizens and tends to the needs of the most vulnerable.

Debates around legal aid funding should not be about the reality of how much these lawyers earn but their perception. Research has shown that, if such lawyers feel they need cut corners to ensure that their firms stay in business then they will – often without realising it.

This is an internalised survival mechanism that most of us would adhere to but presents a position into which lawyers who, like doctors, nurses and teaches, perform an important social role should not be placed.

Clients of criminal legal aid lawyers typically exhibit one or more of the following: mental health problems; learning difficulties’ lack of qualifications; unemployment; substance addictions, and; dysfunctional family backgrounds. The lawyers are tasked with acting on behalf of the state; to make sure access to justice for such marginalised populations does not depend upon financial resources.

Our criminal process should not be premised upon the idea that, if someone is well off enough to pay for a lawyer, they deserve a higher standard of care. We should all be in this together.

Daniel’s book, Legal Aid Lawyers and the Quest for Justice was recently published by Hart

3 Responses to “Justice should be accessible to all, not only those who can afford it”