Brighton Greens are to hold a referendum to let local people choose between cuts or paying a pound a week extra tax. 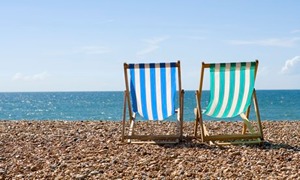 Josiah Mortimer sits on the national committee of the Young Greens, the youth branch of the Green Party of England and Wales

Brighton and Hove’s Green council is taking bold steps to counter austerity. Last week the administration proposed a 4.75 per cent council tax rise to protect vital adult social care services for the city’s elderly and vulnerable residents, as well as funding for the third sector which has been badly hit by national cut-backs.

After three year of callous cuts from central government, Greens in Brighton have said enough is enough, arguing that radical solutions are needed to circumvent the next round of austerity being forced upon cities up and down the country. Brighton is the second hardest-hit unitary council nationally in terms of the budget reductions the coalition have forced upon it.

That’s why they are planning to hold a referendum to let local people choose between sweeping cuts to adult social care or give around a pound a week extra.

Less than a fiver a month to protect the elderly seems like a fair ask, despite times of course being hard for Brighton residents. As Green council leader Jason Kitcat has said:

“This is the right time to ask the people what they think is the right approach – do we cut back services or pay extra, £4.53 a month or less for the majority of households, to show we really are a caring society?”

That’s not to downplay the truism that raising taxes is rarely popular, but councils face little choice. Caroline Lucas, throwing her weight behind the move, put it clearly:

“This is an appalling situation, for which the government is alone to blame. A referendum would allow the people of Brighton and Hove…to decide on the best response.”

And it’s not just Greens supporting the campaign to let Brighton decide their services’ future. The local GMB and Unison branches have spoken out in favour of the referendum, with Mark Turner, the city’s GMB branch secretary saying:

“This new budget would protect frontline services in adult social care. Cuts would have absolutely terrible consequences on people’s lives. It is only right that the public have a chance to vote on this proposal.”

The proposal for Brighton&Hove will pass in Council in February, unless opposed by both Labour and Tory councillors. It would then proceed to a ballot on 22 May – the same time as elections for European Parliament, significantly saving on administration costs.

However, the Tories and Labour in Brighton seem to be planning to stop the referendum. The proposal was rejected by the Brighton&Hove Labour Party within fifteen minutes of the announcement. They’ve also called on the minority-run council to step down, and are planning to propose a vote of no confidence, with leader of Brighton and Hove Labour Group, Warren Morgan calling for “a cross-party caretaker administration to run the council till the elections in 400 days.”

Such a care-taker administration can only mean one thing – a Labour-Tory coalition. Essentially Labour is seeking to get into bed with the Conservatives just to spite the Greens.

Meanwhile, the Tories are likely to be wedded to the coalition’s ideological council tax freeze, which is year-on-year shrinking the local state and depriving residents of key services hit by a combination of increasing demand and austerity.

In the face of such opposition, the minority council is in an extremely difficult place. That’s why it’s important that people inside and outside Brighton who support public services back the ‘#BrightonDecides’ campaign.

This Saturday, Young Greens from across the UK are heading to Brighton to campaign in favour of the referendum. We’ve also written to the national press, encouraging all Brighton&Hove councillors, and indeed councils across the country, to give the voters the chance to fight the toxicity of austerity.

Unlike other parties, the Green Party fundamentally opposes austerity – not just in words but in actions too. It’s a brave position, and it’s one that other councils, instead of simply capitulating to permanent austerity, should follow.