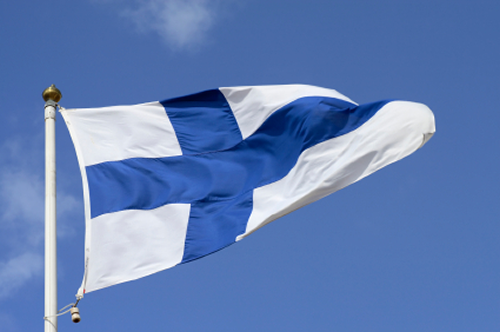 International league tables comparing school standards will be released today, and it is expected they will show the UK lagging behind China, South Korea and Finland.

It is the latter I want to focus on, however, as Finland consistently comes out near the top of international of education systems. While slipping slightly in the new rankings, behind some of the East Asian systems, the Finnish education model does not churn out compliant test takers in the way that, say, the Chinese and South Korean systems do.

David Cameron has also previously singled out Finland as a country Britain would do well to emulate when it comes to education.

So why are Finnish schools so successful? Here’s why:

1. Children in Finland don’t start school until they are seven

In Sweden, Denmark and Finland school doesn’t begin until children are aged seven. In fact, despite the fact that English schoolchildren start at five most children in Europe begine school later. According to a recent study by the Cambridge-based Primary Review: “The assumption that an early starting age is beneficial for children’s later attainment is not well supported in the research and therefore remains open to question.”

2. Few exams and no homework until your teens

Children in Finland have more time to be children. In Finlanf there are just 12 students per teacher, meaning students have sufficient teacher interaction in the classroom. Rather than exams, school outcomes are measured using from sample-based surveys. All children are taught together in the same classroom and take one standardized test at 16. 66 per cent of students go on to college.

3. All teachers must have a master’s degree

All teachers must be qualified to at least masters level, with the degree fully subsidised.

Finland’s schools are publicly funded. There are no grammar schools, private schools, religious schools or academies. They are also run by education experts rather than by politicians and business people. As a recent survey by the Organization for Economic Co-operation and Development (OECD) put it: “Equality is the most important word in Finnish education”.

5. Finnish teachers are granted a large degree of autonomy in the classroom

Teachers are valued in Finland, and as a result are trusted to teach. Teachers in Finland also spend less time in the classroom than their American or European counterparts and therefore have more time to work on the curriculum and their own personal development.

6.School students in Finland get 75 minutes break time a day

There is also more in the way of arts and crafts and learning by doing, rather than rote memorisation. As the authors of a 2008 study of the benefits of break time/recess found, “Recess remains one of the only times during the school day when children have time and opportunities to interact with their peers on their own terms. Through interaction at recess, children learn social skills, such as how to cooperate and compromise and how to inhibit aggression. Eliminating or reducing recess destroys these learning opportunities.”

7. Every school draws from the same pool of university-trained teachers

Therefore there is much less chance of a child ending up at a bad school, regardless of where a child lives. In contrast, in Britain properties in desirable catchment areas cost on average 42 per cent more, meaning that places at the best schools are usually snapped up by the children of middle class parents.

8. No grade retention or expulsions

According to the OECD, countries where schools hold back or kick out students with low academic performance “tend to have weaker, more expensive, and more socially inequitable education systems”.

96 percent of Finnish teachers are unionized, according to the New York Times. Starting pay for teachers is relatively modest, but high school teachers with 15 years experience make 102 per cent of what other Finnish college graduates make.

15 Responses to “Why is the Finnish school system so good?”