The Scottish government’s position on the status of an independent Scotland within the European Union has been cast into doubt by the President of the European Council. 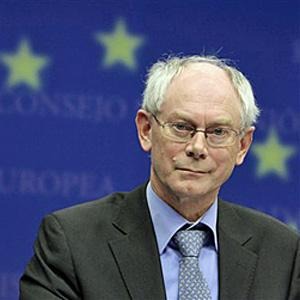 The Scottish government’s position on the status of an independent Scotland within the European Union has been cast into further doubt by the President of the European Council.

Responding to the news that political parties in the Spanish region of Catalonia have agreed that they will seek a referendum next year on independence, Herman Van Rompuy has made clear that if any part of an EU member state opts for independence it becomes a new country outside of the EU.

Speaking at a press conference on Friday, Van Rompuy explained:

His words echo comments made by President of the Commission Jose Manuel Barroso last year.

Responding, a spokesperson for the Scottish government argued that they were only relevant to the situation in Spain. The spokesperson expanded:

“It is clear that Scotland can negotiate the specific terms of independent membership of the European Union from within the EU, in the 18-month period between a vote for independence and independence day itself in March 2016.

“That is a position backed by many leading international experts and endorsed by the European Commission in recent correspondence – and it is a timescale described by the UK government’s own legal adviser as ‘realistic’.”

Opposition parties at Holyrood have concluded, however, that Van Rompuy’s comments blow away the SNP’s belief that an independent Scotland would somehow get a free pass to automatically join the EU.

“An independent Scotland wouldn’t call the shots in negotiating entry to the EU, nor would it get any special treatment.

“It would join the back of the same queue as every other country. Mr Van Rompuy blows away Alex Salmond’s assertion in the White Paper that an Independent Scotland could use a special means of entry.”

Scottish Labour’s External Affairs spokesperson Patricia Ferguson declared the Scottish government’s position to be “no longer tenable”, and went on to accuse Alex Salmond of simply sticking his fingers in his ears when people say things he doesn’t like to hear.