New research has found a striking correlation between religious selection in schools and socio-economic segregation. 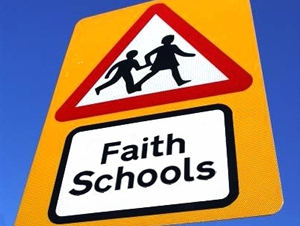 New research has found a striking correlation between religious selection in schools and socio-economic segregation, with non-religious schools admitting 11 per cent more pupils that are eligible for free school meals than religious institutions.

The research, carried out by the Fair Admissions Campaign, found that schools which selected pupils on the basis of their parents’ faith admitted significantly fewer pupils entitled to free school meals than their secular counterparts.

The study also found that Church of England schools which did not select on faith admitted 4 per cent more pupils eligible for free school meals than would normally be expected, while those whose admissions criteria allowed full selection admitted 31 per cent fewer.

Faith schools were vastly overrepresented in the 100 worst offenders on free school meals. 16 per cent of schools select on the basis of faith, yet they make up 46 of the worst 100 offenders on FSM eligibility; and 67 if we exclude grammar schools.

The most segregated local authority as a result of religious selection was Hammersmith and Fulham.

19 per cent of secondary schools are faith schools, while 16 per cent religiously select to some degree. 72 per cent of places at faith secondaries are subject to religious admissions criteria.

Chair of the Accord Coalition for Inclusive Education Rabbi Dr Jonathan Romain MBE said the research “exposed the hypocrisy of those who claim religiously selective schools serve the community at large”.

“It reveals that they not only further segregate children on religious and ethnic grounds, but also are skewed towards serving the affluent at the expense of the deprived,” he said.

Chief executive of the British Humanist Association Andrew Copson said the finding made clear “the devastating effects that faith-based admissions have in segregating communities along socio-economic and ethnic lines”.

“The scale of the problem demands not voluntary effort by religious groups but legislation – government should act now to make these divisive effects impossible by removing the possibility of religious selection in state-funded schools,” he added.

Labour Humanists have called on the party to include opposition to discrimination in admissions by faith schools in its manifesto for the 2015 general election.