The Lobbying Bill is dangerous and pernicious. The time to act is now. 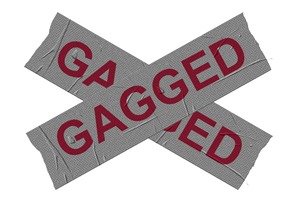 Simon Barrow is the co-director of Ekklesia

The government’s Transparency in Lobbying, Non-Party Campaigning, and Trade Union Administration Bill – described by the Financial Times as “one of the worst pieces of legislation put before the Houses of Parliament for many moons” – enters Committee stage in parliament today, and goes to Report stage on 13 and 15 January 2014.

Despite a five-week pause won by determined pressure from a host of non-government organisations, this highly complex Bill is still being rushed through at great pace by the coalition.

At present it is largely passing under the radar of the public and mass media. Yet if passed without significant amendment it will constitute a massive blow to political participation and free speech in the UK. As it stands it is unjust and undemocratic.

There are three parts to the Bill. The first section is supposed to tackle big money, corporate lobbying. This is central to its rationale. But it does nothing of the kind. Its transparency provisions do not apply to the in-house lobbyists which dominate large companies and business groups.

Figures from the Association of Professional Political Consultants demonstrate that these corporate lobbyists secured 717 meetings and 173 hospitality events at the Department for Business, Innovation and Skills (BIS) alone last year. By contrast, all third-party lobbyists, charities and unions held just 76 meetings and one meal.

The difference, of course, is that the heavy-hitting corporates tie in closely with the wealthiest and most influential operators within government.

Meanwhile, the impact of Part 2 of the Lobbying Bill on charities, civic organizations, advocacy groups, non-corporate think tanks and NGOs will be “disastrous”, according to Citizens UK, the national community organizing network.

Together with Part 3, which ties up trade unions in red tape, it means that non-party organisations speaking out on concerns like welfare, jobs, housing, benefits, the environment, nuclear weapons and a host of other public issues will face a gag on their activities, up to and including criminalization, a year before an election campaign.

The Electoral Commission itself has expressed deep concerns about the Lobbying Bill, which significantly extends powers already in the Political Parties, Elections and Referendums Act 2000. For example, constituency spending limits will be applied to charities and NGOs. The Commission notes:

“Most non-party campaigners are not of course organised on a constituency basis. Obtaining the information necessary to identify potential cases of non-compliance at constituency level, and particularly the evidence needed to be able to sanction breaches, is likely to be so difficult that these provisions may be unenforceable in practice.”

So far the government has failed to provide any examples of ‘unacceptable’ campaigning by charities that its Bill would regulate. By contrast, the National Council for Voluntary Organisations (NCVO) and others have offered numerous examples of legitimate activities threatened.

For example, if a children’s charity calls for a statutory inquiry via the media in response to a major abuse scandal at the same time as one of the major political parties, this could leave them open to claims that they have inadvertently benefited that party’s election campaign.

Huge grassroots-driven pressure is now needed to thwart the government’s plans. The good news is that over 100 major charities, civic organizations, advocacy groups and NGOs are organizing opposition and proposing amendments to Part 2 of the Lobbying Bill through the Commission on Civil Society and Democratic Engagement, chaired by former Bishop of Oxford Lord Harries.

They have produced two detailed consultation reports, have proposed a whole series of amendments and have created some unlikely alliances along the way. The Countryside Alliance and the League Against Cruel Sports are united in criticism, as are the National Secular Society and the conservative evangelical Christian Institute, who expressed their shared concerns in a joint submission.

Meanwhile, 38 Degrees is running a campaign to inform peers and MPs of the dangers posed by this proposed legislation, and trade unions are highlighting threats to the security of their activists by hostile ‘membership assurance’ certification.

All told, the Lobbying Bill is dangerous and pernicious. The time to act is now.