In a stunning victory for the campaign against gender segregation in British universities, Universities UK has now dropped its controversial guidelines which would have allowed visiting speakers to segregate students on the basis of their gender. 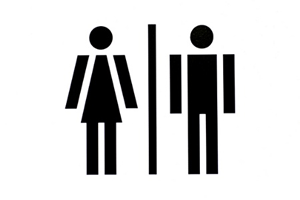 In a stunning victory for the Campaign Against Gender Segregation in universities, Universities UK has dropped controversial guidelines which would have allowed visiting speakers to segregate students on the basis of their gender.

After our protest on Tuesday, followed by interventions by the Prime Minister David Cameron and shadow business secretary Chuka Ummuna, Universities UK has now said it will review the controversial guidelines.

As the Guardian reports:

Universities UK said a controversial case study setting out the guidance was being withdrawn while it reviewed its stance, but insisted the legal position remained unclear on whether the voluntary separation of men and women could be allowed at events such as lectures on Islam by visiting speakers.

His intervention followed comments by the education secretary, Michael Gove, who accused the body that represents universities of “pandering to extremists”.

As we reported earlier, the Equality and Human Rights Commission (EHRC) released a statement saying that segregation as proposed by the vice-chancellors’ body was “not permissible” under existing equality laws.

This was followed by a statement from David Cameron saying “He does not believe that guest speakers should be allowed to address segregated audiences, so he believes that Universities UK should urgently review its guidance.”

Everyone involved in the campaign should congratulate themselves for all their hard work and remain vigilant: Universities UK has said it is going to “clarify” the guidance. It’s important to see precisely what that means before celebrating.

Well done, all the same.

Here, again, is why we were protesting against the guidelines. And again, from the Campaign Against Gender Segregation in British Universities.