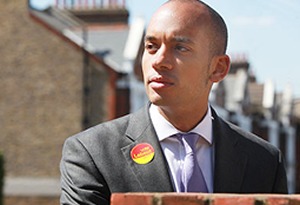 Speaking to Left Foot Forward, Mr Umunna said that the guidance by Universities UK was “deeply troubling” and that it “offends the basic norms of society”.

“It is deeply troubling that Universities UK has issued guidance suggesting that segregation would be tolerated at higher education institutions. It was mistaken to do so,” he said.

“A future Labour government will not tolerate segregation in our universities – it offends the basic norms of our society. People should, of course, be free to practice their religion privately, at places of worship and religious events, but universities are publicly-funded institutions of teaching, learning and research and state-sponsored segregation would be utterly wrong,” he added.

He also said that the guidance would not appear to be “in keeping with the letter or the spirit of the statutory duties of public sector bodies on equality and non-discrimination”.

Around 100 people gathered outside the offices of Universities UK on Tuesday evening to protest against the decision by Universities UK, with speakers including Independent columnist Yasmin Alibhai-Brown, Peter Tatchell, director of Southall Black Sisters Pragna Patel, myself, Marieme Helie Lucas, founder of Women Living Under Muslim Laws and Secularism is a Women’s Issue, and Maryam Namazie of One Law for All.

The Campaign against Gender Segregation at UK Universities will continue to oppose gender segregation at British universities via a petition, which has gathered over 8,500 signatories, as well as teams of sex apartheid busters to break up gender apartheid at universities. There are also plans for a march against sex apartheid on 8 March 2014, International Women’s Day.