Even supposedly ‘self-made’ millionaires rely on taxpayers to support the transport infrastructure, educated workforce and customer base on which their wealth depends. 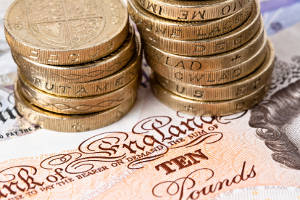 TweetShareWhatsAppMail
Luke Hildyard is a researcher at the High Pay Centre

Last year directors of FTSE 100 Companies increased their pay by 14 per cent to an average of about £3 million. This is about 20 times the rate of increase experienced by the average worker.

The research from Income Data Services merely highlights much longer-term trends. Pay for a FTSE 100 CEO has almost doubled over the past decade while wages for the average worker have stagnated over the same period.

Executive pay sets a benchmark for other top professions, such as bankers, lawyers, consultants and public sector managers, who have also seen their pay explode in recent years. The net effect has been to increase the share of total UK incomes going to the richest 1 per cent from about 6 per cent in 1979 to around 14 per cent today.

Various policy changes and socio-economic trends explain how this has happened (eg falling levels of trade union membership). A number of policy proposals (such as workers representation on company boards) have been put forward to bring the gap between top earners and everyone else back to more reasonable levels.

But it’s probably more important (and less boring) to identify the economic and moral case underpinning the rise of the super-rich before moving on to detailed policy analysis.

The argument is based on the notion of a finite pool of god-like ‘wealth creators’ who bestow prosperity on the rest of us. It is implied whenever corporate lobbyists talk of the need to attract and retain talent or when Boris Johnson quivers at the ‘energy, confidence and risk-taking instinct’ of London’s millionaires.

This is a misunderstanding of how wealth is really created. For a start, nearly all FTSE 100 Directors are not risk-taking entrepreneurs who have started their own company, but bureaucrats who have taken over long-established organisations. It is questionable how much value they really add.

While no-one would argue that anyone could run a major supermarket or energy company, for example, it is legitimate to ask if it really takes a one-in-a-million talent to ensure that people don’t stop buying food or heating their homes.

Similarly, a South African mining boss noted recently that foreign exchange rates are far more important determinates of profitability in the commodities extraction sector than executive leadership. Yet if exchange rates are favourable and company profits increase, the CEO cashes in on millions of pounds worth of bonuses and incentive plans.

The same argument could be made for other contextual factors – rising demand from China and the Bank of England’s Quantitative Easing programme effectively pumping money into the stock market have both enabled company executives to hit bonus and incentive targets in recent years without having to demonstrate especially outstanding or innovative leadership.

This wouldn’t seem quite so appalling if rewards were distributed across the entire employee base. Most FTSE 100 companies now have thousands of employees worldwide and operations on multiple continents. But performance-related pay packages several times the size of basic salary are the sole preserve of a handful of top managers, based on the crazed assumption that these people alone are responsible for the company’s success.

Even supposedly ‘self-made’ millionaires rely on taxpayers to support the transport infrastructure, educated workforce and customer base, rule of law and scientific research on which their wealth depends. As the economist Mariana Mazzucato has noted, the technological sector, the pharmaceuticals industry and big defence companies all rely on government research and spending. In the US, Google and Apple have essentially packaged and marketed technologies developed in publicly-funded Universities.

That such a small number of people have been able to capture such a disproportionate share of the rewards that arise as a result of this public investment represents a market failure somewhere along the line (sustained by the flawed narrative of ‘wealth creators’ and ‘irreplaceable talent’).

This is how policymakers should understand the ritual announcements of executive pay increases. Their response should aim to create a pay structure that recognises the collective nature of wealth creation.

13 Responses to “Wealth is created collectively, not by god-like ‘wealth creators’”